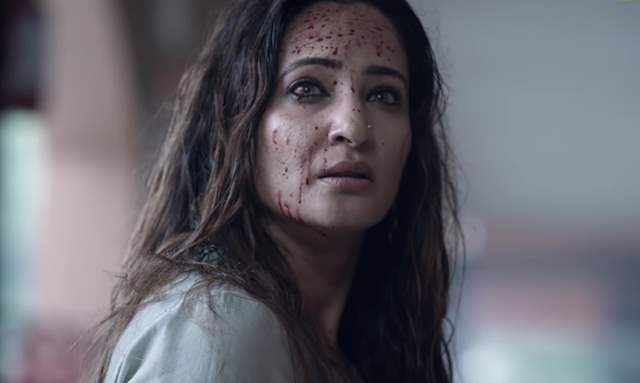 ULLU, the digital streaming platform has dropped the teaser of its most ambitious project PESHAWAR today. The show is based on a true event of a terrorist attack, which revolved around the conflict between the terrorist and the army, leading to the brutal murder of hundreds of innocent children of the Army Public school in Peshawar.

It has been the deadliest and the most heart-wrenching attack in history, where terrorists ambushed a school in Peshawar, leaving behind hundreds of corpses and the screeches of helpless and innocent children. Directed by Jehangir Irroni, and produced by ULLU Digital, the show boasts of a stellar star cast to bring this alive on screen and narrate the gory incident. Peshawar will see model Rajiv Sen make his digital debut as Dev Raj, an Indian Army Officer.  Joining this multi-starrer,  magnum opus is Ashmit Patel as Abbu Shaamil, the mastermind behind the attack, Rakshanda Khan Aadarsh Balakrishnan as Akraam Khan, an officer in the Pakistan army, Rakshanda Khan as a mother of one of the deceased students, Shishir Sharma as RAW general and actors Amitriyaan Patel, Rushad Rana, Sakshi Malik, Shishir Sharma, Moumita deb, Sejsal Gupta, Satish Sharma, Anjali Nauriyal, Shikha Chhabra, Simarjeet in pivotal roles.

Commenting on the first look and teaser launch, Vibhu Agarwal, CEO ULLU app shared, “We have been working on this project for over a year. When this incident happened around 6 years ago, it shook me to the core. I knew this story had to be told, for people to see and feel the pain of hundreds of children and their parents, to hate the biggest evil of mankind - terrorism. We have done a lot of research and scouted for the best talent that could emote each character with conviction. ‘Peshawar’ will definitely be the best offering of ULLU in 2020”.

Actor Ashmit Patel shared, 'This has been one of most complicated and tricky characters I have ever played. Yet i have thoroughly enjoyed this challenge'.

"PESHAWAR" will be releasing on 16th December, exclusively on ULLU App!