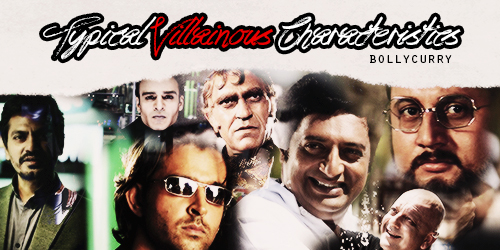 Over the years, films have become a major source of entertainment. Although films may be of different genres, but what makes every one of them interesting and gripping is the presence of a bad man, a villain. Villains can be personified with different characteristics hence, this month we at BollyCurry have come up to discuss some of the prominent characteristics of villains that have been portrayed in various Bollywood films.
1. Commanding Language and Strange Make-up 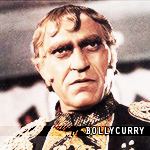 The most commonly known villain to most, is a troop oriented man. He must always order the men around him. The followers should always do whatever he says. This trait instantly makes us remember Mugambo from Mr. India (1987). The role played by Amrish Puri was indeed larger than life, be it the fiery orders to his troop or his uttering famous dialogue "Mugambo, khush hua". Another dialogue that is repeated in this film is "Hail Mugambo" in order to emphasize the strength psychologically. The role of Mugambo is also best remembered for the make-up he wore, which made him look all the more evil and dangerous
2. Evil Laughter and Scary Looks 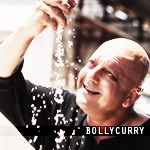 Strength plays a major role in attributing villains on screen. There are certain traits that are in-built for a villain and one among them is their scary look. A look directly transforms the minds of the viewers, especially kids, the moment they are shown on screen. This trick is efficiently used in the 2012 version of Agneepath. Sanjay Dutt's bald headed look, gigantic laughter and tattooed biceps made the role look scary than that of Danny in the original Agneepath. Needless to say, the look of Sanjay Dutt along with his laughter made the film racier whenever he is shown on the screens alongside Hrithik Roshan. The gigantic body and plain black clothes for Sanjay Dutt, worked like an icing on the cake for the film.
3. Thick Beards and Large Spectacles 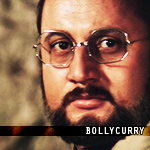 The form of thick beards and large spectacles alongside a fiery attitude can well manipulate a villainous character. This very feature applies at once to the character of Dr. Michael Dhang played by Anupam Kher in Karma (1986). Dr. Dang is one such personality who tries to make use of science in order to spread terrorism. His encounters with the hero of movie, Dilip Kumar are noteworthy. At one point when he is slapped, he says the famous dialogue "Iss Thappad Ki Goonj Suni Tumne? Ab Iss Goonj Ki Goonj Tumhe Zindagi Bhar Sunaayi Degi". The mannerisms shown by Kher in this role of Dr. Dhang made him a remarkable villain.
4. More Popular than the Hero 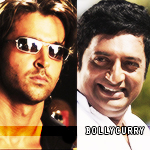 Indeed this is a hidden truth in Bollywood movies, at times. These types of villains are with the hero all the time thereby remaining as silent killers. When we take the likes of the Dhoom series, the makers tried a trend wherein the villains try outsmarting the hero. In the case of Dhoom 2 (2006), Hrithik Roshan's dialogue "Tumhare Saamne Se Nikal Jaaunga Aur Tum Pakad Nahi Paaoge" attracts a lot of attention. The same applies in the case of Singham with Ajay Devgn's striking dialogues such as "Aata Mhaaji Satakli", "Aali Re Aali, Ata Tujhi Paali Aali", which became popular ones alongside the villain.
5. Blackmailing with an Evil Laughter 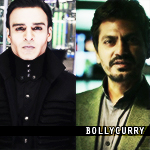 When there are many ways to attack a hero in the movie, certain villains use mind tricks in order to capture the attention of the hero. The techno-savvy movie Krrish 3 (2013) used the strategy where the villain Kaal (Vivek Oberoi) kidnaps Krish (Hrithik Roshan)'s wife, Priya (Priyanka Chopra). While conversing with Krish, Kaal tends to throw in his loud and heavy laughter, which serves to give more power to his words and make he seem all the more villain-type. More recently, Kick (2014) gives us the evil laughter of Nawazuddin Siddiqui, which actually made his role more attractive (for once), than that of Salman Khan.
Although there may be various other villainous characteristics in the hundreds of Bollywood movies releasing each year, we picked the most prominent five for you. Do you think we missed out on any interesting trait? Let us know in the comments section below. But before that, try testing an 'evil laughter' on yourself to see whether you could make a potential villain or not.
Writer: Vaishnavi V.
Editor(s); Nisha M. and Sonia R.
Graphics: Virina R.

Do you have a suggestion or comment for BollyCurry? Drop us a PM at BC_Dropbox today!
11 Likes