View Profile
Welcome BollyCurry readers to another exciting week of Tweets from our beloved Bollywood stars!
The first in line today is Mrs. Ayesha Takia Azmi whose father-in-law Abu Azmi - a prominent politician with Samajwadi party for Mumbai - was roughed up by Maharashtra Navnirman Sena [MNS] members for taking his oath in Hindi instead of Marathi on the first day of Maharashtra Legislative Assembly session. Mrs. Takia Azmi openly declared her dissenting views on such hooligan acts of MNS MLA's and asked for law to prevail above anything else. She made her views loud and clear via twitter and kept everyone posted on the matter; "so y are gundas like raj thakeray and the other croones allowed to break and kill our peace" She also expressed her extreme contentment at the fact justice had prevailed and the MNS MLA's had been suspended for four years. An excerpt from Mrs. Azmi's tweet states, "hey justice prevails. I'm not being political but since the constitution allows takin oath in any national language I don't see why anyone should have any issues. I m proud of our country that quick action has been taken and all 4 MNS MLA's have been suspended for 4 yrs."  We agree with Mrs. Azmi and hope people wake up to this reality and take it upon them to make sure the constitution of this country isn't run by hooligans. 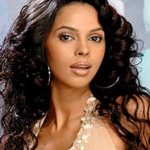 Featured Video
Next in line is Ms. Mallika Sherawat once again. This girl is simply burning up the floors of Hollywood and is leaving no stone unturned to make a presence in the glamour world. Last week this gorgeous babe had updated our readers on her meeting with Russell Simmons and this week she posted exclusive pictures with Johnny Depp and Tim Robbins [http://twitpic.com/ov6sx]. And what's more she is also enjoying herself to the max and has been a spectator at The Breeder's Cup [a horse race event].  She posted, "Th Breeder's cup is th richest one day sporting event in the world with 25 mil prize money. I think my new husband may b in th crowd lol" Now only if Ms. Sherawat had stated this to the Indian Press, it would have been blown way out of proportion by now but we still wish you best of luck for finding that Mr. Right Ms. Sherawat. 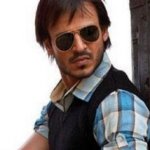 Seems like Ms. Sherawat is not the only one doing some changes to her personality - Mr. Vivek Oberoi also joins her in the list.  He himself states, "I've traded my innocence for experience, my ego for humility and my complacency for a raging fire in the belly. I like the new me ~VO" Well Vivek what can we say except we completely agree with you and wish you best of luck for your future projects! Vivek's' next release is Kurbaan where he is cast alongside Saif Ali Khan and Kareena Kapoor releasing on November 20th, 2009. Let's hope it can work wonders at the box office and live up to the huge expectations! After Kurbaan Vivek has Prince ' it's Show Time releasing in January 2010 as a solo male lead. The first theatrical trailer has already been released with and from the feedback it seems like Vivek has another hit to his belt.
Next in line are Minissha Lamba and Dino Morea. Who knew these two were friends? Apparently Minissha refers to Dino as "Din Din" and Dino to her as "Min Min" now is that simply too cute or am I just hallucinating? And as the bubbly personality that Minissha is she does not leave a stone unturned to embarrass Dino publicly and tweets to him saying, "whats with all these nangu pics of urs.. stop teasing the women out there :)" Now if only all of our Bollywood stars could be cute friends like these two there would be no more catfights in B-Town.
And last but not least we have Abhishek Bachhan joining the bandwagon of Bollywood stars of twitter. Now this is a cool dude who has brought his awesome sense of humour to the tweeting world. Just take a look at some of his tweets, "it's off to the gym to work on the one pack!!!!!! hahaha. somebody's gotta keep it real!"  Also, he posted, "after years of trying, finally get to prove what the media used to say about me when I first started. "Abhishek is as wooden as a tree trunk!"..... just completed my next IDEA commercial. in which I play A TREE!!!! ohhh poetic justice." Now this has to take the cake for being funniest thing uttered by a celebrity on twitter! It is very rare to find celebs who can take both criticism and acclaim and we are proud of you AB Junior for keeping things real. Keep up the good work buddy.
And with that our "Tweets of the week" ends and grant me leave until next week. Please feel free to share any concerns or comments regarding this article. Suggestions and criticism are most welcome