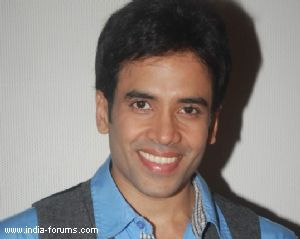 "Just visited the Golden Temple for the first time in my life!! What an experience," the 35-year-old tweeted Sunday.

Tusshar, who is still struggling to make a mark in Bollywood, will be next seen playing lead role in the movie directed by Samir Karnik. Releasing Friday, the film also stars Kulraj Randhawa as his love interest.

Director Tigmanshu Dhulia's has directed the biopic that puts the spotlight on Paan Singh Tomar, former national steeplechase champion who turned into a dreaded bandit. Released Friday, it has Irrfan Khan in the title role.

"'Paan Singh Tomar' is like 29th Feb of Bollywood. comes only once in a few years. What a powerful film, powerful character, go watch the film, turn it into what no-one believed it could be," tweeted Kashyap who is himself known for making critically acclaimed films like "Dev D" and "Udaan".

"Also the movie has a great gallery of actors including a real Khan, who go uncelebrated in this star obsessed nation of ours," he further added.

Model turned VJ Mia, who will make her Bollywood debut with the movie "Blood Money", is set to walk the ramp for designer Payal Kapoor at the ongoing Lakme Fashion Week (LFW).

The five-day fashion extravaganza started Friday and the designer will showcase his collection on the last day.

"My collection is meant for modern woman who is enthusiastic about life and I have taken inspiration from nature, events and objects around the world. The look of my brand is a synthesis of Indian sensibilities with international ethos making it truly global and Mia perfectly fits the bill," Kapoor told IANS.

A mix of contemporary garments - Kpaoor's collection is an ensemble of skirts, halter neck and tank tops, as well as shorts. It also has Indian wear like saris and lehengas.