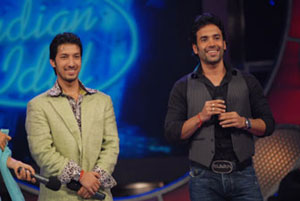 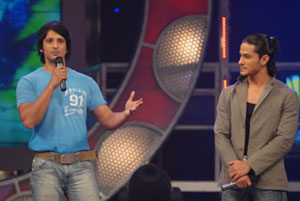 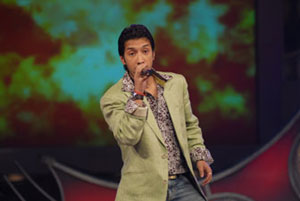 The anxiety of who will be the next Indian Idol is rising week after week as the show has just four contestants left. With Meiyang Chang’s exit, the top four contestants, though being best friends make sure to leave no room for the other contestants to grab the title of third Indian Idol. The battle has already begun and to get more votes and good remarks from the judges, Amit Paul, Prashant, Ankita and Emon boast of superlative performances in the tenth Gala. 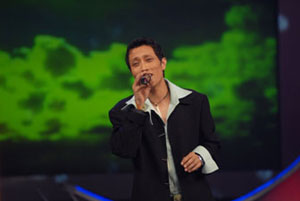 It turned out to be a treat to watch each of the contestants performing two compositions from choices made by the judges. Javed Akhtar remarked that Amit’s train on Indian Idol was on the right track and has gained the momentum, as he set the exciting tone for the evening with his song “Dil Kya Kare” from Julie. And while Amit was basking in all the praise, there sneaked a surprise guest to test his singing skills. It was none other than Tushar Kapoor and to add some fun in this exciting moment, he had a novel idea where he would enact a song and Amit would recognize and sing it for him and this turned out to be a fun session. 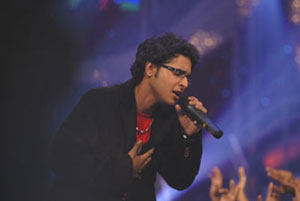 Prashant proved himself to be the dark horse of Indian Idol with his performance as he sang “Kuch Naa Kaho" from 1947 A Love Story and followed it up with “O mere dil ke chain”. This was a proof for his tremendous improvement week after week. Ankita was not far behind and stole the show with her two thunderous performances in Anky Baby style! Emon who has always been considered “Chota Sonu” rendered the title song of “Kal Ho Naa Ho” and his soulful singing left a deep impact on all the judges except for Javed Akhtar as he remarked that he was sounding more like Sonu. But he proved him completely wrong with his next song “Dilbar mere”, a Kishore Kumar number indicating Annu Malik's stand that Emon is a singer par excellence is indeed true. 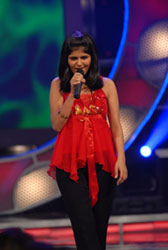 The audiences were grooved and were asking for more fun. This was not the end, as Sharman Joshi and Kunal Kemu made their presence to add more excitement and fun. They in fact sang few lines to give company to the contestants, which left Anu Malik say his last two words and suggesting them to stick on to acting instead!

Watch all the fun unfold on Indian Idol on Friday 31st August, 2007 only on Sony Entertainment Television.

15 years ago It was a pretty good epi, I liked tushars entrance, the way he scared amit!

just hope emon doesnt get out this week...
or else im done watching this

+ 2
15 years ago i don't watch indian idol cuz it's waste of time. tushar is coming? he is sooooooooooo bad looking. he makes me throw up.

15 years ago wow!! i just simply cant wait 2 see the tenth gala, all this will be so exciting!!!!

15 years ago Prashant is the next indian idol........prashant rocks

15 years ago Amit looks better than Tushaar Kapoor. Wow, it seems a waste that they don't have Amit in a film. Oh man, I feel bad for Tushaar, he tries so hard but he can never beat the look factor!

15 years ago Amit looks so good, he's looking like a true gentleman.

+ 2
15 years ago the person beside the blue t-shirt(SHARMAN JOSHI) is KUNAL KHEMU who acted in Kalyug and Traffic Signal...

15 years ago Hey thx so much for the article cant wait to watch!kggk_fan01 the one in blue is Kunal khemu