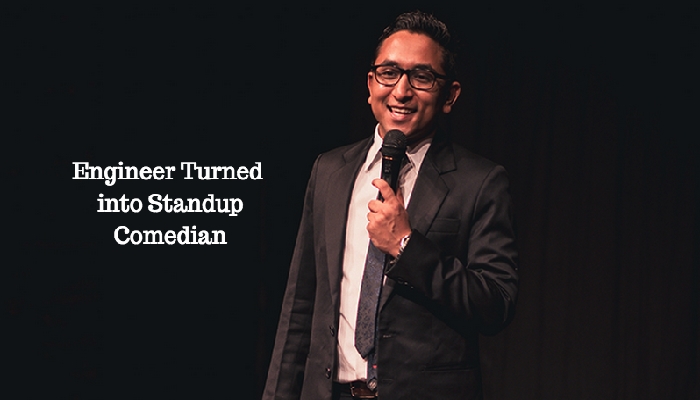 Bollywood films are seeing cuts and beeps by the censor board, musicians are facing flak and being misinterpreted, actors are being judged on the basis of their religion. So, is stand up comedy the only platform devoid of interference from "moral policing"?

In stand-up comedy, artistes take bold pot shots at politicians or comment on social issues like the beef ban -- yet most of them feel that people in India are not quite ready to be criticised or mocked.

Stand-up comedian Appurv Gupta, who has more than 200 shows to his credit, says "online trolls are making sure that even comedians won't say what they want to say".

"These days, everyone is getting hurt over even small things and if we say something that affects them emotionally or forces them to think about their past decisions, then they can go to any level -- especially on internet -- and they make sure that either they win the argument, or you stop arguing with them," Gupta told IANS.

"I, as a comedian, think twice before writing a small tweet and think about the consequences; so I doubt whether I have freedom of speech, specially at this point of time. Things were different 2-3 years back. I don't know whether this change is good or bad for everyone, but, yes, freedom of speech is facing a struggle in India," he added.

On the other hand, Amit Tandon, who has done more than 700 shows in India and on foreign shores, feels stand-comedy is "one of the voices" against the negativity escalating in the country, but he believes that "other people are doing better jobs than comedians, like RTI (Right To Information) activists, NGOs, etc".

"In fact, stand-up comedy shows you that there is still freedom of speech because, despite all the FIRs, no comedian has actually gone to jail. It shows that it is okay to speak against the government," Tandon quipped.

On a positive note, Neeti Palta, who gives a female point of view on a variety of subjects, from Indian idiosyncrasies, to daily irritants, to current affairs -- all the while poking fun at men, pointed out that since the time of "Akbar and Birbal, comedy has always been used as a tool to sugarcoat hard truths and make them more palatable. And so is the case today".

"It reflects the ethos of the era it exists in. Be it a poking fun at intolerance or a bunch of idiots who are all too easily offended, or the current political scenario, or even the alter lives we lead in cyber space. Everything is rich ground for material," she said.

Arjun Anand, co-founder at Punchliners, a stand-up comedy platform, said that every comedian expresses his perspective through distinct forms of comedy. But he believes that "sensitive issues must be handled sensitively".

Sorabh Pant concurs, saying that he thinks twice about his jokes only when it is related to Indian politicians.

"I want to make sure that I am not saying anything that is incorrect. I will criticise (Prime Minister) Narendra Modi, (Chief Minister of Delhi) Arvind Kejriwal and (Congress leader) Rahul Gandhi, but I am also going to figure out their positive side to keep it balanced because all three of them have quite a vast number of supporters in the country and it is a little unfair to disrespect them," Pant said.

Bigg Boss 13 duo Asim Riaz and Himanshi Khurana all set to ...
7 minutes ago

Akshay Kumar makes it to Forbes list of highest paid actors ...
47 minutes ago

Naagin 5: After Dheeraj Dhoopar, Hina Khan wraps up the ...
54 minutes ago

Eva Green Slams Back at Allegations That She Killed The ...
13 hours ago