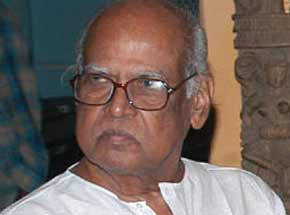 "It's one of those rare films that don't come very often. It's a simple story which every married couple can relate to and must watch. I was completely touched by the performances of the actors in the film," Bapu told IANS.

"I personally wrote a letter to Bharani appreciating his work as the director of the film," added the 79-year-old.

The film, based on an eponymous Telugu novel, released Dec 28 last to a heartwarming response in Andhra Pradesh.

Maanvi Gagroo mocks filmmaker R Balki as she hits back at for his ...

Nawazuddin’s Brother Minazuddin Touched Me, Whacked Me With Belt, Hit ...

Saath Nibhana Saathiya 2 to go on air from THIS date?
31 minutes ago