There is no sound as beautiful as the echo of laughter so heartfelt that it brings tears to the eyes and there is no person as gifted as the one who possesses the art of evoking such laughter in millions. Bollywood is blessed with talented actors who have spread smiles with their hilarious antics and impeccable comic timing. Thus, BollyCurry brings to you top comedians who have sent millions of such cackles rippling through the ocean of Indian cinema over the years. 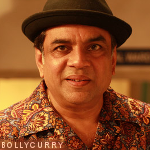 His journey in the world of Bollywood begun as a character with dark shades of grey but it was comedy that brought the brightest colours of success and glory in his life. Making his film debut with the 1984 film Holi, Rawal acted in hundreds of films throughout 80's and 90's where he played villainous and supporting roles. However, it was his character as the eccentric yet adorable Baburao Ganpatrao Apte in Hera Pheri that engraved his name in the genre of comedy and for which he won Filmfare's Best Comedian award. Since then, Rawal has played numerous comedy roles in movies such as Awara Paagal Deewana, Garam Masala, Malamaal Weekly, Golmaal: Fun Unlimited, Chup Chup Ke, Bhagam Bhag etc, spreading smiles and capturing hearts of millions over the globe.
Rajpal Yadav 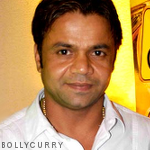 Rajpal Yadav is yet another actor who is blessed with the extraordinary capability of throwing his audience into peals of laughter with his immense acting skills. Having started his career on television on Doordarshan's Mungeri Ke Bhai Naurangilal as a male protagonist, his leap towards Bollywood has had him climbing the highest ladders of success. Yadav has had his fair share of evoking guffaws in many with his films such as Chup Chup Ke, Bhagam Bhag, Dhol, Bhool Bhulaiyaa and others.
Johny Lever 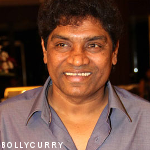 His name is John Prakasa Rao Janumala, better known as Johny Lever, but the moment his familiar face appears on-screen, the heart screams out "Comedy, thy name is Johnny". His talent in making his viewers scream in laughter is clearly reflected in several movies such as Kuch Kuch Hota Hai, De Dana Dan, All The Best, Golmaal 3 and many others. His funny facial gestures along with his perfect comic timing tend to bring out a rib tickling effect in the audience.
Arshad Warsi 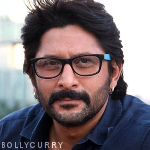 Another actor within whose bloodstream comedy seems to flow is Arshad Warsi. Though his film career started in 1996, Warsi touched the peak of popularity with his role as Circuit in the Munna Bhai series where his character as the loyal sidekick to Munnabhai earned him Filmfare awards as the Best Comedian and the Best Supporting Actor. Sine then, he has starred in many comic flicks like Hulchal, Dhamaal, Golmaal series etc.
Boman Irani 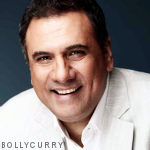 Boman Irani is an actor who knows the art of tickling the funny bone with his brilliant acting and his penchant to bring versatility. May it be the portrayal of the dean J. Asthana in Munna Bhai M.B.B.S., or the forgetful headmaster in Main Hoon Na, or the disciplined professor in 3 Idiots, Irani has breathed a soul in each character that every role has been memorable and different. His spot on comic timing makes him one of the top comedy actors on the horizon.
These actors unfailingly cast magic on the audience, forcing their lips to curve upwards and enjoy the development on-screen. The best moments of life are always sprinkled with someone's laughter and people who make others laugh till their stomach hurts, till happy tears roll down their faces are undoubtedly more beautiful than the most beautiful people who have graced this planet.
Who has tickled your funny bone? Which comedian do you look forward to watching on-screen? Let us know in the comments box below.
Writer: Aditi P.
Editor(s): Anamika GK and Jenifer Y.
Graphic: Marsh P.
Have a suggestion or comment for BollyCurry? Then drop us a PM at BC_Dropbox today!
14 Likes