Bollywood is every aspiring actor's biggest dream but entry into B-Town isn't easy. Sometimes, actors have to venture through other mediums such as modelling and singing to obtain their long term goal. Today BollyCurry presents to you a list of a few actors who started on their career on television and as a result have achieved critical and commercial success with their super-hit films and established themselves in the Indian film industry.
Shah Rukh Khan 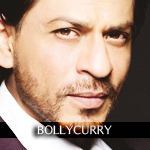 First on the list is the Baadshah Khan, Shah Rukh Khan, who is often referred to as the King of Romance. The superstar started his career in 1988 with the super-hit acclaimed television series Fauji playing the lead role of Commando Abhimanyu Rai, which earned much appreciation and recognition for his performance. He then went on to star in Aziz Mirza's television series Circus (1989-90) and Mani Kaul's miniseries Idiot (1991). His appearance in these notable television series and the comparison of his looks and acting style with Dilip Kumar led to Khan's Bollywood debut with Deewana (1992) opposite the late Divya Bharti and Rishi Kapoor. The film was a box office hit and in no time, Khan became one of the top established actors in the industry and an inspiration for all young actors on television.
Vidya Balan 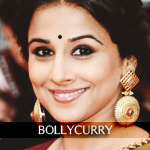 Next on the list we have none other than the recipient of several awards, including a National Film Award, Vidya Balan. The beautiful Balan started her career in the super-hit television series Hum Paanch (1995-1999), playing the role of a deaf, intelligent and nerdy girl, Radhika, who had a bad eye sight and was always breaking things, sometimes in the most impossible ways possible. Although her role was well received by the audience and was quite popular, Balan struggled to go mainstream and so tried her luck with regional cinema and starred in Goutam Halder's Bengali drama, Bhalo Theko (2003). Post this, the talented star finally debuted in Hindi cinema with Pradeep Sarkar's musical drama Parineeta opposite Saif Ali Khan and Sanjay Dutt. Her performance was highly praised by critics and by the end of 2009, with the release of R. Balki's Paa, Balan reached the height of success and no doubt today she is one of the best actresses we have in the industry who can pull off any role with ease. 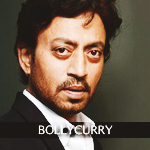 Irrfan Khan is the next celeb on our list who is known for his work internationally and has earned lots of critical acclaim with his outstanding performance in award winning films. The versatile actor started his career with numerous television series such as Chanakya, Bharat Ek Khoj, Sara Jahan Hamara, Banegi Apni Baat, Chandrakanta on Dhoordarshan, and in some episodes of Star Bestsellers on Star Plus. After struggling in Hindi cinema with some unnoticed work in films, Khan was offered the lead role in The Warrior (2001), which opened in International film festivals, finally making Khan a known face. Today, he is one of the few super-successful established actor in Bollywood who's known for his versatility and much sought after in the West too having starred in huge projects such as Slumdog Millionaire (2008) and The Amazing Spider-Man (2012). The beautiful Yami Gautam was a pretty popular face on television. The ravishing star started her career with a minor role in Chand Ke Paar Chalo, followed by Raajkumar Aaryyan and her most notable work as the lead actress in Yeh Pyar Na Hoga Kam on Colors TV. After her successful stints on television, Gautam appeared in the Kannada film, Ullasa Utsaha in 2011. Although the film failed to impress the audience and her performance received mixed reviews, the dazzling star came to John Abraham's notice who then cast her in his first production venture, Vicky Donor (2012). The film received an overwhelmingly positive response from critics and did wonders at the box office too. Although the pretty lady is just two films old, she already has some high-profile projects in her kitty and has established herself as one of the most promising newcomers.
Sushant Singh Rajput 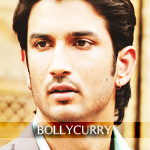 Last but not the least, we have another star who's just two films old but has stolen our hearts and has some big projects in his hands! Yes, we're talking about none other than Sushant Singh Rajput who started his career with Ekta Kapoor's popular serial Kis Desh Mein Hai Mera Dil as Preet Juneja, a fun loving and childish guy who slowly matures over time. In 2009, Rajput starred in Pavitra Rishta and played the role of Manav, a mature and hard-working guy who works as a mechanic to support his family financially. The handsome Rajput quit the serial in 2011 to pursue a film-making course. After auditioning for Abhishek Kapoor's Kai Po Che!, Rajput bagged the role of one of the three leads. The film released in 2013 and was well received by the audience and critics. Rajput has now established himself as one of the most inspiring actor of the new generation who has managed to do extremely well starting from television and is the current inspiration for other telly actors.
Others stars who started their career on television but have earned immense love and appreciation from Tinsel Town too include: Prachi Desai, Ram Kapoor, Ayushmann Khurrana, Pankaj Kapoor, Rajeev Khandelwal and Siddharth Shukla amongst many more.
The path from television to films is not a smooth one but the above stars have proved to us that it's possible and have continued to entertain us day in and day out. Let us know below who your favourite star from our list is or did we miss your favourite out?
Writer: Alina S.
Editor(s): Shreya S. and Jenifer Y.
Graphics: Shikha A.
Do you have a suggestion or comment for BollyCurry? Drop us a PM at BC_Dropbox today.
27 Likes