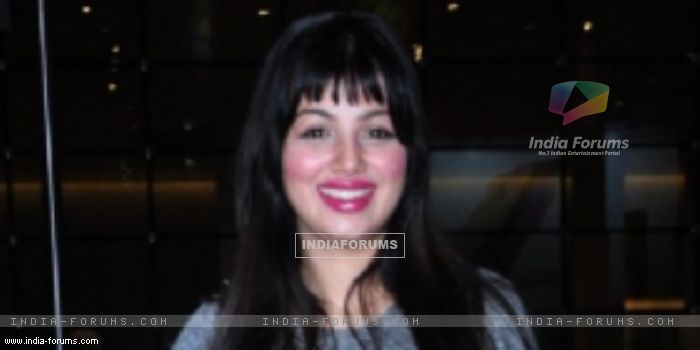 Actress Ayesha Takia, who is making a comeback to the silver screen -- after a four-year gap -- with the upcoming film "Borivali Ka Bruce Lee", says she took the break to enjoy the other aspects of her life.

Asked if her film career was short-lived because of her marriage, Ayesha told IANS: "Since I was four years old, I have been in front of the camera... I started so young that I had not seen life as a normal girl and outside the limelight. So I reached a point after 'Wanted' when I thought that I needed to get out of this bubble and travel, do different businesses and understand more about myself."

As a child artiste, Ayesha was seen in ads and music videos.

Ayesha, who is married to Farhan Azmi, son of Samajwadi Party leader Abu Azmi, says she wanted some time to change and evolve.

"It was a different time in my life... Of evolution, change and understanding who I really am," Ayesha added.

The actress says "getting married, having a child, travelling, starting different businesses have taught me a lot of different aspects of who I was or what I love about life".

"It was a great journey. So, for me, I had to take that break to enjoy different things in my life," added the actress, who has also featured in films like "Taarzan: The Wonder Car" and "Salaam-e-ishq".

Dheeraj Kumar: It took us 9 long years of research to create Om Namah ...

Vidya Malavade on ZEE5’s Kaali 2: I Realised that I supremely Enjoy ...

Sanjay Dutt Admitted In Hospital Due To Breathing Problems; ...
49 minutes ago