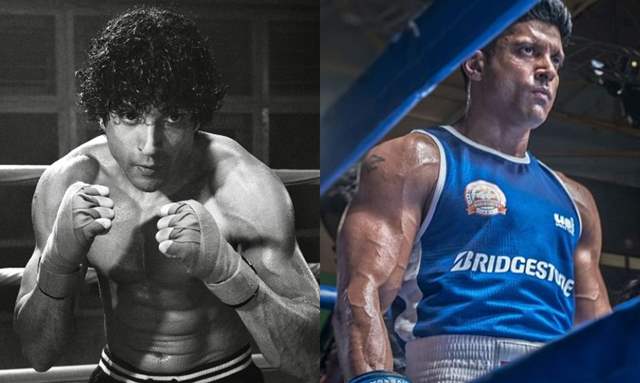 Toofaan, is an upcoming sports drama film that is being presented by Amazon Prime Video in association with Excel Entertainment. Farhan Akhtar will be seen in a lead role as a local goon first in the film, who embarks on the journey of becoming a national level boxer.

Unravelling his real struggle behind the strenuous training that went into looking the look of a boxer and portraying one, Farhan Akhtar took to his social media to share, "I hated drills. To wake up at 5am and think about that monster of a drill session waiting for me was, at times, good enough reason to make some random excuse and just stay in bed..!! But @drewnealpt got me to respect the discipline and with time I realised how much it helped in evolving my overall skills as a boxer. To quote the legendary Cus D’amato “Discipline is doing what you hate but doing it like you love it.” I guess that’s the mantra for improvement in any aspect of life, right? Thank you for the valuable lesson @drewnealpt @samir_jaura @darrellfoster ???? #ToofaanUthega #21stMay #ToofaanOnPrime"

Standing more than a month away from the release, Farhan posts a picture on his social media when he is ready to pack a punch. He captioned it, "Come on April.. you're not fooling me..!! #ToofaanUthega #ToofaanOnPrime #21stMay"

The anticipation is ever rising for this power-packed, inspirational stir of a film and the audiences and all his fans cannot wait to see him in the sporting spirit after Bhaag Milkha Bhaag.

The film will be having its global premiere on May 21, 2021, exclusively on Amazon Prime Video.