Mumbai, Aug 16 (IANS) 'Haasil' director Tigmanshu Dhulia has undergone a traumatic experience as his period film 'Ghulami', which he was shooting with Sunny Deol and Irrfan Khan in Pune, has got into financial trouble.

'But that was just the beginning. My producer Pramod Sharma fell from a high building and broke every bone in his body. He was in hospital for a year,' Dhulia told IANS.

When Sunny suggested a sequel to Raj Kumar Santoshi's 'Ghayal' to bail him out, the director landed in script trouble.

'Almost every major character in 'Ghayal' died at the end of the film. Apart from Sunny no one else lives beyond that film. I'll have to now rewrite the entire story in a different perspective.

'A whole new set of characters will have to be woven around Sunny's character. To that extent 'Ghayal 2' will project a totally different ambience from 'Ghayal',' rued Dhulia.

Sunny has left the task of carrying the story forward to Dhulia.

Sunny, who's known to take directors from Raj Santoshi to Gurinder Chadha to Imtiaz Ali under his wings, seems to have found his new muse in Dhulia.

'Though 'Ghulami' was an unfortunate experience, Sunny believed in that project and in letting me do the 'Ghayal' sequel. Now I just need to find a way of carrying the 'Ghayal' story forward keeping in mind the dead characters.'

Meanwhile, Dhulia is 40 percent through with his new cop film 'Shagird'.

'It's about a cop and his protege played by Nana Patekar and Mohit Ahlawat. Very different from all the cop films seen so far. It's not a dark film. But it isn't a frivolous film either,' he said.

The film set in Delhi is inspired by real-life incidents.

After Sunny, another actor who has shown immense faith in Dhulia's abilities is Irrfan Khan. Now when Irrfan has decided to play only pivotal characters, he has agreed to play the main villain in 'Shagird'. 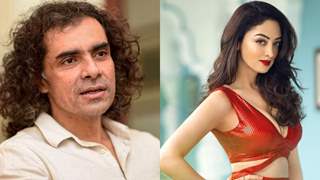