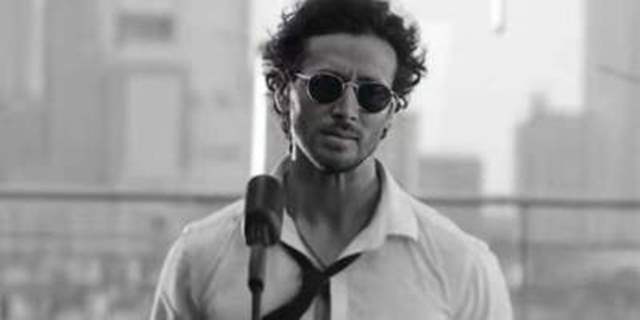 Tiger Shroff has just made his singing debut with the single 'Unbelievable'. The actor, who just ventured into a new space has been sharing his excitement by sharing pictures on his social media.

Helmed by Student Of The Year 2 director Punit Malhotra, Tiger's first solo released today, which also features model Simona Jesenska. Sharing the video, Tiger wrote: "And just when I thought jumping off one building to another was tough...for me this has been the most challenging yet full-filling experience. Highest respect to musicians all across the globe, so much to learn ... but until then here's presenting our humble effort. #YouAreUnbelievable out now!"

Tiger's singing debut has impressed Disha Patani and Varun Dhawan, who lauded the actor with hearty comments. Sharing the song on her Instagram story, Disha wrote: "How can someone be so multitalented, you're unbelievable." In another post, she wrote, "What a beautiful song, love it and love your voice."

As soon as he began working on the song in May, the actor called his Student of the Year 2 director Punit Malhotra, requesting him to develop the music video. Malhotra says, "I wasn't surprised when Tiger said he has sung a song; he has a lovely voice. I was kicking myself because I should have displayed his singing skills in Student of the Year 2,"

Excited to reunite with the leading man of his college caper after over a year, the director also feared shooting in the midst of the pandemic. "Initially, we were scared at the idea of going back to work. But once we did, it felt like a reunion of old friends. As the director, I was doubly vigilant and adopted safety measures over and above those stated by the government. Tiger Shroff was a source of support. His constant reassurance — 'Punit, we will get by this' — helped me”, he adds.

Armed with a crew of 40 members, the actor-director duo shot the music video over three days at a five-star hotel in Lower Parel. "Since the hotel was in lockdown, it was the most sanitised place we could have shot at. We chose a theme that didn't need a big team. At the same time, we ensured we did not compromise on the scale. We explored a tender romance between two hotel staff members," shares Punit.