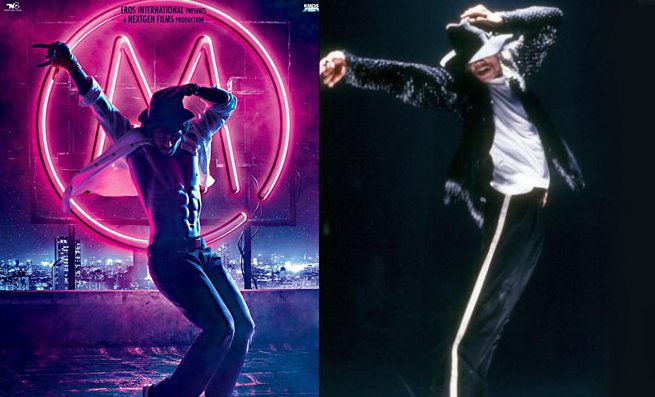 Actor Tiger Shroff, who is gearing up for the release of his forthcoming film "Munna Michael", says he believes he is late pop legend Michael Jackson's biggest fan.

&pictures has partnered with Eros International and Next Gen Films to bring a contest titled "Main Hoon Michael" ahead of the theatrical release of Eros and Viki Rajani's "Munna Michael".

Tiger will travel to different cities across India to identify the biggest dancing fans of Jackson.

Talking about it, the actor said in a statement: "When it comes to Michael Jackson, I like to call myself his biggest fan. And 'Main Hoon Michael' is an opportunity for me to meet people who share the same passion for MJ as I do."

Tiger and debutante Nidhhi Agerwal will visit Lucknow, Ahmedabad and Indore between June 18-25 for the auditions. The actors will shortlist participants from each city who will travel to Mumbai in July for the grand finale.

"I wish all the best to the dancers for the auditions. It will be great to witness so much talent and shortlist nine winners who will travel to Mumbai for the final face-off," Tiger added.

The final dance extravaganza in Mumbai will have the "heropanti" star showcase his stunning dance moves along with Nidhi. "Munna Michael", which is directed by Sabbir Khan, is set to release on July 21.

Cashing in Big at the box office, Tiger Shroff's Films soar at the top ...

Tiger Shroff’s Baaghi 3 is Now Streaming on OTT! Have you seen yet?