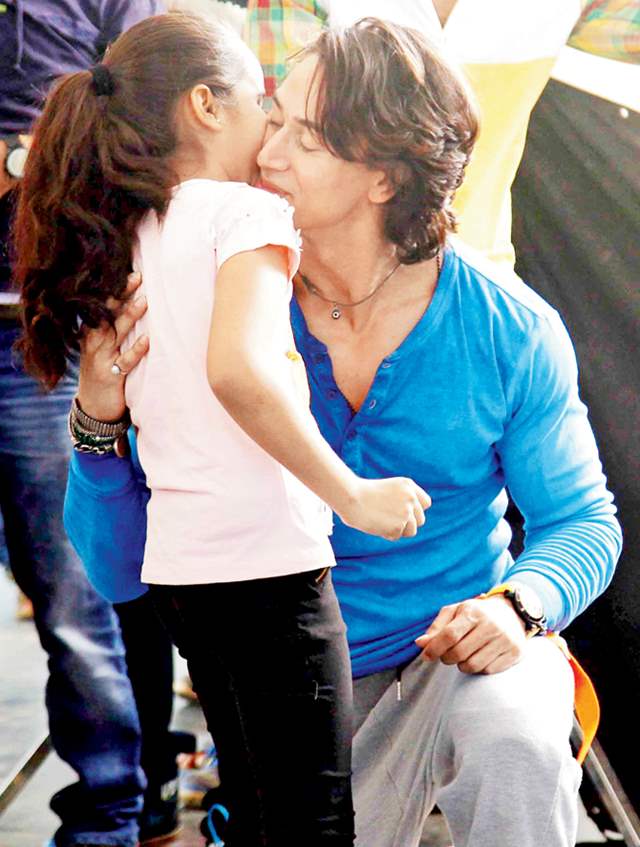 With the love for his craft and the straight focus on making sure to deliver movies and always taking it a notch higher with the action, Tiger Shroff has carved a niche for himself as the Youngest Action Superstar in the industry and his fans have always showered immense love for the actor on the same.

One quality which the star possesses and tries to keep up to is to interact with his fan making them love him more. He has a massive fan base, especially amongst children and also holds a great bond with adult fans who are inspired by his hard work and skills.

Now, a source close to the actor has revealed, "Tiger has always tried to take the feedback he gets from his fans, incorporate them in his future projects. More often than not, he also sends a lot of love to his fans on social media replying to their sweet message and posts for the star.

Even after holding the title of being the Youngest Action Superstar, Tiger Shroff owes his entire success to his fans for their unwavering love and support that he has been receiving from the very beginning. This down to earth nature and the inspiration that the actor provides, is very powerful and only makes his fandom stronger."

The actor also shares behind the scenes from his films which also enables his viewers to see what actually goes into the making of those action sequences. The actor has his focus straight on his goal and competing with himself in order to be even better with every project.

After delivering the most promising and never seen before action in Baaghi 3, Tiger has been making sure the work goes on even from home for his upcoming projects.

Tiger Shroff is on a High Demand as Music Labels are approaching him ...