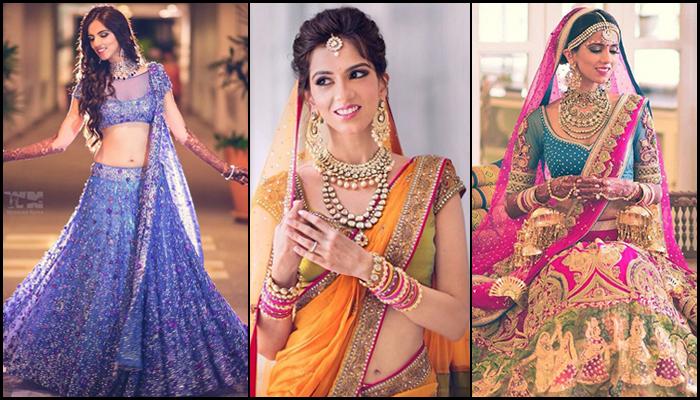 Fashion designer Nishka Lulla says she gets annoyed by the thought of her collection being copied somewhere at a cheaper price, but there is nothing that she can do about it.

Last month, Rohit Bal took on designer Seema Mehta for one of her creations which he said had resemblance to his Summer/Resort 2016 collection. It focused attention on the thriving market of rip-offs in India. Many designers conceded that there is need for strict patenting law.

In a similar vein, Nishka put the spotlight on other things that help the copying market grow.

The daughter of National Award winning designer Neeta Lulla feels the presence of all the style gurus in the virtual world has worked in favour of the copycats.

"The thought of my collection being copied somewhere at a cheaper price is very annoying but I don't think designers can be safeguarded from it because all our collections are always shown online now. The whole point is to keep competing with yourself and coming up with something new and leaving that behind," Nishka told IANS in an interview.

She added: "About plagiarism, I think imitation is the best form of flattery."

Many would think that following her mother's footsteps into the fashion world was a well thought out move. But Nishka didn't have it all chalked out.

"It wasn't a conscious decision (to enter the fashion industry) and I take every day as it comes. I think it's been a journey of learning. I have experimented, I have learnt, I have worked on my collection a lot and got it to where it is today. My aspiration is to always compete with myself."

Nishka has helped her mother in costume designing for actors in movies, and has also showcased her own work on the ramp. She also collaborated with the makers of bindass' show "Girl In The City Chapter 2", which features Mithila Palkar and Rajat Barmecha.

She says her fashion story changes with each medium.

"Designing for TV or a show like 'Girl in the City' is really different because you're looking at a character, mood, and ambience. For the show, I had to keep in mind the personalities of the winners and look at bolder prints and colours, something more dramatic. Also, all the designs are going to be viewed on a screen and not live audience.

"We're looking at girls with different dreams and aspirations and different personalities so I have worked on a collection that suits their individual style. When I design for the ramp, I design outfits which I'd like to wear and maybe something a little more subtle, easy, wearable, practical, and tough."

At present, she is working on her festive collection.

Randeep Hooda Expresses Shock; Voices his Concerns and ...
2 minutes ago

Deblina Chatterjee to be seen as Lakshmi in Vighnaharta ...
19 minutes ago

Here’s why Akhilendra Mishra initially denied playing the ...
21 minutes ago

Sushant Searched about Painless Death, Trouble in ...
28 minutes ago

Rishina Kandhari talks about resumes shooting, her perfect ...
50 minutes ago