Sony TV is all set to take off with yet another novel reality show Maa Exchange which is an adaption of the American reality show Wife Swap.

Tellybuzz had a chat with Ajit Thakur, EVP and Business Head, Sony Entertainment Television about the concept which can raise an eyebrow or two amongst the Indian audience.. 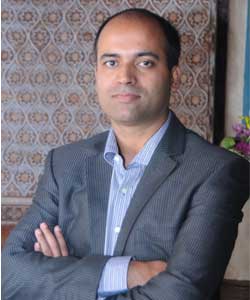 What was the main reason that prompted the channel to take up a concept like Maa Exchange?
It is always a known fact that women are the real home makers of the family but at times, it is not realized. To bring that into limelight, we thought this show would be a good medium and also this will be one show which will be all in all 'Real'.

What is the USP of the show?
The promos have shown only a part of what will happen in the show and once the show will go on air, it will drag the audience towards watching the show.

Since the promos are already on air, how is the response from public?
I have not received the updates yet, but there have not been any negative response as of now.

What about the contestants' list?
As people have seen the promos, the initial episodes will see Pooja Bedi being swapped with Anuradha Nigam and also there are two common mothers Zehra, who is a business woman and Antima who is a housewife whose shoot is over. In the coming episodes there is a family from Nainital which will be swapped with a family in Mumbai and also people will see Apara Mehta and Sudesh Berry's wife being swapped.

On what basis have you selected the contestants?
We have tried to bring in people who are from different backgrounds and cultural diversities who live their life in a completely different way.

You have swapped mothers of two families who are from different financial backgrounds; don't you think that it will create a barrier?
Our intention is not to bring out the financial differences of the families and I personally feel that once a mother enters the house, those differences hardly matter. We are also bringing two families which are financially sound but culturally different. For example we are swapping mothers from two families, wherein the first family believes in starting the day with Yoga and living the life in a healthy manner and the other family who believes in living life to the fullest with fun and masti.

You have added Pooja Bedi to show; is she the face of the show?
We decided to take Pooja because she is a single working mother and she was very keen when we approached her. After her shoot she said that the bonding she saw between Rajeev Nigam and his son Yash was really touching which is not there in her family.  There are no celebrities when you enter the show as all are put into similar challenging situations.

With this show don't you think that the children are put into a traumatizing situation?
As far as young children are concerned, they liked their 'new mother' and it is the elder ones who are having problems as they have reached the phase of complex mindset.

What are you trying to achieve from the show; will there be any winners?
There is no winner in the show because that will kill the purpose of the show. We are just trying to portray the different situations the mothers undergo and the final learning experience that everyone gets who are involved in the show.

How will you describe the show in one word?
Genuine

10 years ago All the best to Sony...U're doing gr8 right now...big fan of TMHPKNK too..
i dont understand y is evry1 complainin bout it being copied...almost all the reality shows on Indian TV may it be this KBC, JDJ, Big Boss, Master Chef, Indian Idol, Zor Ka Zhatka, Kya Aap Panchvi Pass Se Tej Hai...are all copied or extensions of their original counterparts...so rather than complaining just Enjoyy...!!!! :)

+ 3
10 years ago sony is the only best channel righ tnow all shows are too good...and hatke not like sas bahu crap...like SP

+ 2
10 years ago hmmm interesting concept...lets see how it goes

Adaalat is the best thing on it now!!!!

10 years ago Sony TV is sooo boring. I used to like because they really showed social issues in theri serials like Betyab Dil Ki Tammana or Jeet Jay Ge Hum. I also like Pyar ka bandhan ,very interesting. But now this channel is death