With the rest of the world finally waking up to Bollywood, renowned Hollywood film-maker of Indian origin Ashok Amritraj has also decided to take the plunge. The native of Chennai has joined hands with Fame Adlabs for a three-film deal, the first of which is "The Other End of the Line". He spoke to us about this Holywood-Bollywood joint venture.

Q: Tell us about "The Other End of the Line". 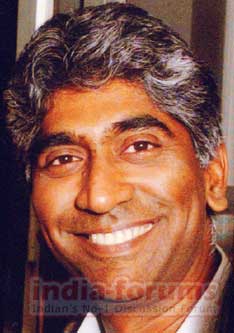 A: It is a romantic comedy film on a young love story. This is my first attempt to make a film with good artistes from both Hollywood and Bollywood. I am glad that all of them have been very cooperative. I believe Shreya (Saran) and Jesse (Metcalfe) suit their roles in the love triangle very well.

Q: Is there any special reason why you chose Indian actors for the film?
A: I am fortunate that being an Indian I have got an opportunity in the form of this movie to work with an Indian cast and for the Indian audience. Indian actors are making a mark around the world. I have often pondered why I need to go to India to make a film when Indian actors are available in Hollywood. But the fact is that although making films abroad gives me satisfaction, but there is always an attachment to India.

Q: It is reported that you have signed a three-film deal with Fame Adlabs and "The Other End of the Line" is the first of the three productions. Is it true?
A: Yes, it is. Our next film is based on the Japanese video game company Street Fighter. That's why we have named the film "Street Fighter". The three prequels of the film have already been made. So you can call our film the fourth in the series. It would be a big project, featuring American and Asian artistes. "Street Fighter" will go on the floors in Thailand in February next year. I can't tell you any more right now.

Q: Why have you allotted the overseas distribution of "The Other End of the Line" to MGM despite the deal with Fame Adlabs?
A: Fame Adlabs has been distributing Indian films till date. It might be a known name in the Indian industry but it is a very new name in the international film market. I want that this Hollywood film gets a Hollywood style opening. 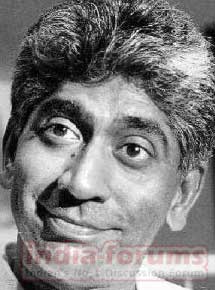 Q: What do you think is the greatest drawback of Bollywood films?
A: The biggest problem here is the gap in the distribution network. People across the globe just don't get to see Hindi films. It reaches only a restricted audience. You would be surprised to know that Jesse Metcalfe is totally unaware of Bollywood films. He doesn't even know that films are made in India. However, I am sure in about six-seven weeks he would be familiar with Bollywood as my film has that flavour as well. Jesse would also have to do a small song and dance sequence in the film.

Q: Why is the format of all your films similar?
A: I think the story is the most important element in a film. Everybody gets attracted to a good story, be it the director or the viewer. After all, everybody needs something different each time. As for the format, I obviously can't make Chinese movies for Hollywood, isn't it?

Q: What do you think is the difference between Hollywood and Bollywood?
A: The comparison would be similar to equating an apple and orange. The two are completely different with respect to the artistes, format and distribution.

Q: What has changed in Bollywood over the years?
A: There have been many changes for the better. It is a matter of great joy that more and more youngsters are stepping into direction. The horizon of Bollywood films has expanded. Now it remains to be seen what changes come about in the industry in the coming 10 years.

Q: Have you ever considered direction, besides production?
A: Direction is a specialized field. I think I should keep to production (laughs). Once I step into direction, I might start nurturing dreams of acting, which I just can't succeed in. I don't want to think about tasks that I cannot accomplish. I just want to concentrate hard on what I can do.

Vikas' mother wants to forget everything & meet him to surprise ...

Siddharth Nigam on how Salman Khan helped him to get a hike in ...

Varun Dhawan's Varmala ceremony was no less than a scene out from ...

Sidharth Malhotra got to know that Ajay Devgn is shooting nearby ...

Divyenndu to play an engineer in his next film 'Mere Desh Ki ...