Chhote Ustaad Vyom Kapoor, the contestant from Delhi, popularly known as “Chup Chup Vyom” because of his shy nature has toiled hard to reach the Top four in Chhote Ustaad. 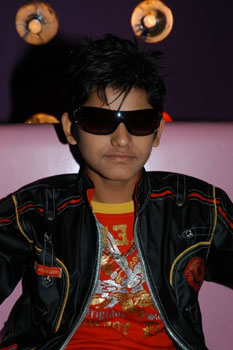 Featured Video
Talking about his experience in the show, Vyom quotes, “It has been a great journey. The judges have been very sweet and we have learnt a lot from all of them. We received a lot of popularity because of this show. People nowadays ask for our autographs and pictures wherever we go.” Vyom, an ardent fan of Mohd Rafi has belted out some awesome performances on Rafi songs. But he himself feels there are more deserving contestants than him on the show. “Frankly I do not want to win Chhote Ustaad. I think there are other deserving people for that title,” comes the prompt reply.

According to Vyom, Anvesha is his toughest competitor and he leaves no stone unturned to praise her. “My toughest competitor would be Anvesha. Personally I feel there is no one else who deserves to win Chhote Ustaad. She is a terrific singer and I am hoping that she wins,” says Vyom, the reply coming straight from his heart. The introduction of a challenger at this stage of the show is something all these contestants had some reservations to. “Well it is actually not fair that new singers are being introduced at this stage. But then, if they are good singers then they also deserve to be given a chance to prove themselves. After all at a certain point of time we were also in the same situation trying to make it to the Chhote Ustaad platform,” was what Vyom felt about this issue.

This simple, but shy Chhote Ustaad has won many a hearts not only thro' his good singing, but also mannerism and personality. As far as his future goes, he has a very clear cut idea. “I am here because I enjoy singing and I am glad just to get the recognition for my voice and will be even more glad if given a chance to make it big in playback music. We are already working on an album and I am just happy I reached to such a high level,” is his simple, but grounded reply. 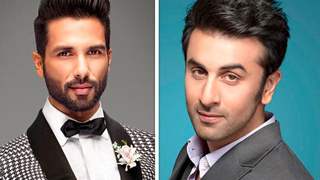 14 years ago Hats off to Vyom!! He indeed seems a very genuine kid :)

14 years ago He remains calm and cool! he has a nice personality!