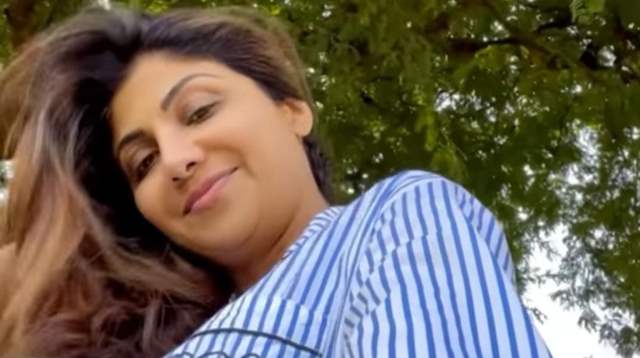 The filming is now taking place in Patiala, Punjab. So far, there haven't been many updates on the film. The poster, on the other hand, has been made public. Today, the actress shared a video to her Twitter account demonstrating her love for nature. She has stated that she will be taking a break from the shoot to enjoy nature.

In the video, she's wearing a nightgown with the initials SSK embroidered on it. She captioned the post as,

"Taking a few moments off during the day to just soak in the sunshine and feel the breeze in my hair is a blessing."

In the video, Shilpa can also be seen making funny faces. The Hungama 2 actress just posted a photo on her Instagram stories. She was spotted holding a large mud glass filled with lassi, Patiala's signature drink. She had a 'Lassi'stache' above her lips as she sipped the delightful drink.