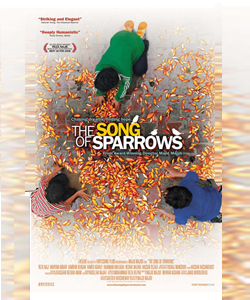 Featured Video
Majid Majidi's contribution to cinema is noteworthy, because his films reflect the expertise of the director to show philosophical truths in very simple situations that life bring. The most important feature of his films is that they do not dictate the rules of what it ought to be. His stories are like philosophical proverbs — they are told as a matter of fact and not as a matter of judgment.

Majidi begins his fable on an Iranian ostrich farm outside Tehran, where Karim (Naji) has just been fired for letting one of the flightless, long-necked birds escape into the hills. Unemployment couldn't come at a worse time. His oldest daughter Haniyeh's hearing aid has dropped into a sludge-filled pit outside their home and requires repair. In Tehran to fix the hearing aid, Karim is mistaken for a motorcycle taxi; an unforeseen opportunity he embraces in earnest because his fares pay cash. And lots of it.

The movie is being presented by Vodafone.

So tune in to witness one of World's most brilliant Iranian film, "The Song of the Sparrows" this Saturday, March 28th 2009 at 8.30 pm only on UTV World Movies. 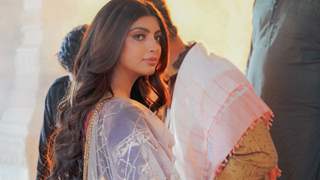 13 years ago Ohhh Myyy..i didnt know TB gives such news too!!..Majidi ..my all time fav..was dying to see ''song of sparrows''.Though Children of heaven is his best till date..Cant wait to see this one. Thanks a ton!!!