The ugly duckling turned swan, Mona Singh aka Jassi talks to the Telly Buzz team about the new show she is hosting for Sony Entertainment Television, Naya Roop Nayi Zindagi - Extreme Makeover. Extreme Makeover is a show that gives disfigured people a second chance to life.

Featured Video
Don't you think Extreme Makeover, now rechristened as Naya Roop Nayi Zindagi has come out a bit too late?
It not easy making something like Extreme Makeover, for here we are dealing with people undergoing complicated surgeries, which require long recovery and rehabilitation periods. Given the nature of the problem on hand,we had to wait for the entire procedure to be completed before shooting, hence it took time.

What personal emotions did you go through during this phase?
These people have gone through a lot. They are not ordinary to look at, some have broken noses, jaws etc, so they face a lot of social stigma. Many a times when we would interact, they would just break down and I have wept along with them. I tried my best to make them live life. One gets a reality check that the world is not only about beautiful people, but there are also folks around who would not even fear to kill anyone to look normal.

Is it right to show such private moments for TRP gain?
We are not showing this for TRP gain. In fact, a very large part of the matter will not be aired, for we respect their privacy. What we just show is the entire process from before and after. We have to give full credit to the 10 people who were brave enough to tell their tale. We just hope that by seeing them, many others will also have the courage to come out of their closet and face the world.

Do you identify with them given your experience as Jassi?
As Jassi the ugly duckling, I know what rejection means. An individual's deformity does become a barrier in his/her personal and professional life. I am so happy that Sony Entertainment Television has taken up such a mammoth task to change peoples' lives and I am thrilled to be there for all these special people.

What next for Mona?
I can never do a saas-bahu saga where people only die to return with plastic surgery. Then you have somebody going to prison or having extra marital affairs. Therefore, that leaves only reality shows (both taking part and anchoring). This is a different kind of show altogether. We have actually helped many change their lives completely; some girls have got married post surgery, while few have got their dream jobs. 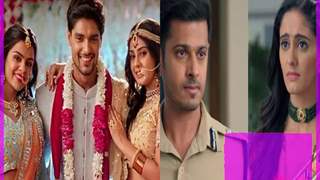 + 2
13 years ago aww i love jassi!
she really needs to get back to her real talent..acting!

13 years ago I'm sure anything Mona does will make an impact. She was really good in the first episode. But it's HIGH TIME she stopped dancing and anchoring and returned to what she does best--acting!

13 years ago i saw the first episode.. touching. BUt i still insist looks are not everything though they are impt!

13 years ago she is so beaytiful..i loved her in jssi jassi koi nahin

13 years ago Theres no new section for this Naya Roop Nayi Zindagi! can sum1 plz upload the episode in the other shows section?

13 years ago where can i watch this show ?? because i don't have sony !!plzz help

13 years ago Good show..and a great and loving host..and very happy to see Mona after such a long time....not ssas-bahu saagas.. but there might be some different roles too..think she should get back to what she is great at doing...acting... please Mona eagerly waiting for you to act in a different teleserial.

+ 3
13 years ago i'm glad that it's making a difference in normal ppl's lives.