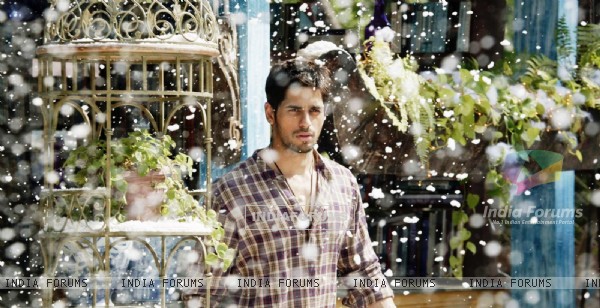 The unit of Ek Villian created snow for a romantic sequence in the Gallian song from the film, and that too, at a bungalow on the outskirts of Mumbai.

Sidharth Malhotra's character (Guru) expresses his love for Shraddha Kapoor's (Aisha) by fulfilling one of her wishes of wanting to enjoy snow-fall.

Director Mohit Suri, fresh out of the success of Aashiqui 2, wanted the sequence to be a visual treat for the audience. Several tons of ice was called for to create the snow depicted in the sequence. Considering the heat in Mumbai, the ice kept melting rapidly and fresh stocks had to be re-ordered until the sequence was wrapped.

Confirms Mohit, "The Galliyan song is about everything a man would do for a woman whom he's hopelessly in love with. He fulfills all her wishes - dancing with butterflies, holding stars in her palms, going underwater, touching the first snow and more."