In the 50's and 60's, item songs used to help increase the glamour quotient and take the story forward. There were certain actresses called item girls who usually appeared in movies for an item song and a small part of the story. But today, many item songs have become nothing more than a glamour quotient. Today, with a heavy heart, BollyCurry takes a look at some such recent songs. 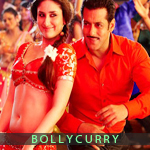 What exactly does that even mean? And how does it add to the story of Dabangg 2 (2012)? It seems that Arbaaz Khan wanted to cash in on the Kareena Kapoor Khan craze and thus added a song that had no meaning, no motive, and no point except to annoy everyone. The lyrics were cringe-worthy, the dance was so-so, Mrs. Khan did not look her best, the song was no match to "Munni Badnaam Huyi", and the list just goes on. But we're just going to leave it at that and hope that the memory disappears from our mind someday. 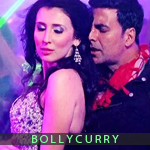 Akshay Kumar is a great actor, no doubt about it, but his movies' music often gives us a headache. "Balma" from Khiladi 786 - Made in Punjab (2012) is one of those. Even if we're able to forget everything else (which is hard, but we're trying), the lyrics are enough to leave us cringing.Even as we attempt to move on and forget the dance, the lyrics, and the vision of ever watching this "item" song, we don't understand how this song helped the story except to give a bad tribute to RD Burman as this was supposedly touted to be.
"Piya Ke Bazaar" - Humshakals
Aaja aaja piya ke bazaar mein 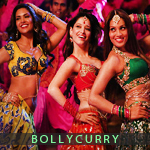 Where do we start? The fact that Humshakals (2014) was an all around failure can also be attributed to the music. Since when has there been a bazaar (store) to get piyas (lovers)? We shudder every time we hear this song or see it on TV because it's enough to get the shudder level and cringe level up. Three actresses, two actors, a whole lot of background dancers, and yet there's nothing that can save this song. And apart from that, we're not exactly sure what a piya's bazaar has to do with the "story line" of this movie, not that there was much of one to begin with!
"Yaar Naa Miley" - Kick
Je mainu yaar na mile te mar jawaan, je mainu pyar na mile te mar jawan 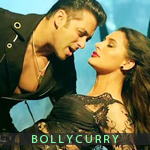 The story begins with the introduction of Devi Lal Singh (Salman Khan) and then to introduce Devil (also Salman Khan), an item song is thrown into the story. The item song is "Yaar Naa Miley" starring Nargis Fakhri. What we don't understand is why the song was needed. Devil was actually introduced after the song through Himanshu's (Randeep Hooda) flashback. So how did this song help take the story forward at all?
"Pink Lips" - Hate Story 2
Mere ye pink lips, pink lips, pink lips, pal pal tujkho karte miss 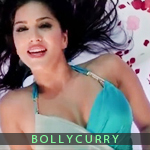 Repetition is good, but too much repetition and you can make anyone cringe. But we're not interested in talking about the lyrics. What is the point of a song that only makes an actress look sensuous, but doesn't contribute in any other way? Hate Story 2 (2014) was a sequel of sorts to Hate Story (2012), but unlike in the first movie where everything was tightly presented, the item song in this movie just added to the confusing and loose plot.
"Madamiyan" - Tevar
Modern zamaana hai, item ye gaana hai 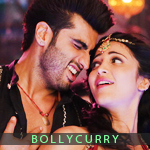 When they've announced it themselves, who are we to refute that? The fact of the matter is that Arjun Kapoor's character Pinto was introduced with "Superman" from Tevar (2015), so what was the need of "Madamiya"? There are many other ways to show that he respects women and is a faithful lover other than an item song which is using Shruti Haasan's sensuous appeal to help make the movie a hit. Without saying anything else, we move on.
"Fashion Khatam Mujhpe" - Dolly Ki Doli
Fashion khatam khatam mujhpe, passion khatam khatam mujhpe 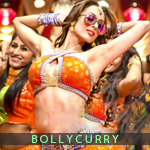 We all know that Malaika Arora Khan is the Queen of Item Songs, but even she couldn't save this song from Dolly Ki Doli (2015) from meeting its doom. While it makes sense to have a song during the bachelor party of a to-be groom, but when the song is as bad as this, we can't help but wonder why anyone would choose to dance to this song. The lines we posted above are probably the best lines from the entire song and that's saying something.
Item songs are quickly becoming the new "in" for Bollywood. Most are unnecessary and do not add to the story of the movie (in cases where the movie has a story). The above were just a sample of the recent item songs that had nothing to add, except perhaps some more glamor. Do let us know what you think in the comments below!
Writer: Shreya S.
Editors: Tanisha N. and Gunia K.
Graphics: Shikha A.