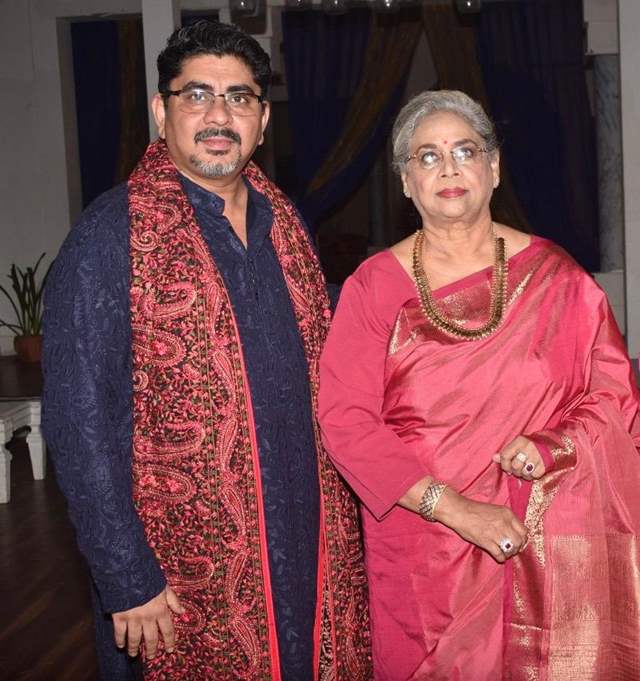 Rajan Shahi’s “Anupamaa” is the new talk of the town. The show focuses on the daily challenges and struggles of a mother and a housewife, who is undervalued by her family. But that’s not the only mother connection the show has. Did you know the show is co-produced by Rajan’s mother Deepa Shahi?

Yes, you heard it right. Rajan along with his mother has jointly produced the show. And that’s not it, with the show they have even launched a sister production company of Director’s Kut Productions. Called as Shahi Production Pvt Ltd, “Anupamaa” is the first show produced under the new banner.

“Anupamaa” is the story of Anupamaa, a self-sacrificing woman, a doting mother, a loving wife, and a caring daughter-in-law, who has given it all to her family, but is neither acknowledged nor appreciated by them. With the show, the acclaimed producer wanted to throw light on the the Anupamaas at home, whose struggles go unnoticed.

It features Rupali Ganguly, who is making a comeback on the small screen after seven years, in the titular role. The show also features Sudhanshu Pandey, Madalsa Sharma, Paras Kalnawat, Aashish Mehrotra, and Muskan Bamne.

Rajan, who is known as the king of relationships of the small screen, currently has three family shows running on Star Plus. While his “Yeh Rishtey Hain Pyaar Ke”, featuring Shaheer Sheikh and Rhea Sharma, airs at 9 p.m., Mohsin Khan and Shivangi Joshi’s “Yeh Rishta Kya Kehlata Hai” airs at 9:30 p.m. and “Anupamaa” can be watched at 10 p.m.

zee112 2 months ago I saw the initial episodes and loved Anumpaa.

Suhana Khan Shares Screenshots, Hits Back at Trolls Calling ...
a minute ago

Aamir Khan Can't Contain his Happiness after Turning a ...
38 minutes ago

Shekhar Kapur Appointed as President of FTII Society & ...
44 minutes ago