View Profile
The grand finale of Gladrags took place in Wadala, Mumbai on 12 April. The lucky two who won the title of Gladrags Mega Model Hunt and Manhunt 2008 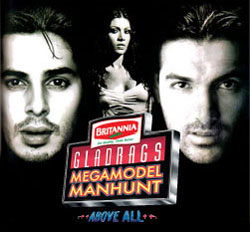 were Payal Tarafdaar from and
Karan Ambardhar from . These two left behind the 45 boys and girls form different part of country.

To add a golden touch to the event some mind blowing performances by Amir Ali and Sanjeeda, Amrita Arora and Jal ï¿½ a band of .

Sharing some of his experiences Arjun Rampal explains, ï¿½Ironically my first shooting was with my wife and my legs were shaking but I still managed it somehowï¿½ and talking about the Gladrags, he said , ï¿½I think it is the best platform to do something on international postureï¿½.

When questioned Mahima about what are the qualities that she looks in for a Gladrags Model and man hunt she promptly replies, ï¿½I think the personality, psyche and finally how one carries himself / herself all of this really matters a lot.ï¿½

Letï¿½s see if these lucky charms get a break in Bollywood like Dino, John, Koena and many others!!

Arjun Rampal reveals being jealous of his ‘Nail Polish’ co-stars

Kareena Kapoor- Saif Ali Khan are very adamant about no ...

Jacqueline spreads positivity and peace with her latest social ...