Very few Hollywood action movies get it right. In this age of computer generated images in blockbusters, far too often, depth of character is sacrificed. They might thrill but fail to resonate emotionally. 'The Incredible Hulk' has plenty going for it with its action, but just ends up being an action movie with very little to care about.

This movie seems more like a knee-jerk reaction to the Oscar winning director Ang Lee's more cerebral, brooding and introspective 'Hulk' (2003). Hard-core fans were put off by the psychology of it all and wanted more action. So, director Louis Leterrier falls into that trap and unfortunately goes the other extreme. It is clearly more interested in the action and loses out on a potentially touching if not more visceral underpinnings.

The Hulk does not want to be a monster again and his love tries to help him against the wishes of her father. This plot line could have been further delved into without taking away from the action. The movie fails to do so.

The opening credits encapsulate the story of how Bruce Banner (Edward Norton) when angry turns into the Hulk. It then continues from where the earlier movie left off. We find Banner in a South American town trying to find a cure. He also learns to control his anger. The army general, Thaddeus Ross (William Hurt), is hell bent on finding him and extract that which makes him the Hulk and use it to make a weapon.

He eventually finds Banner with the help of a mercenary Emil Blonsky (Tim Roth) but the Hulk escapes and returns home. But Blonsky also turns into a Hulk like monster called the Abomination and they face off in the end.

There is a new cast for this movie who really don't get much material to work with. Liv Tyler playing the love does a decent job and her scenes with Norton are tender. Roth playing the cold and ruthless Blonsky shines and injects the movie with some refreshing human edginess. Norton co-wrote the movie with Zac Penn. There were rumours that Norton was upset that the story of Banner was compromised for the sake of action and he even refused to do initial promotional work for the movie.

The action sequences are clearly better staged than the earlier movie and even Hulk looks much more believable. The film makers have clearly worked on the CG imagery. But it is very hard to look into the Hulk's soul and see any kind of anguish and turmoil the character is clearly going through. The only emotion that seems to be relayed is anger. This struggle between Banner and Hulk is woefully under worked and the movie's biggest failure.

The script is damp and could have done more with the humour. The other Marvel comic super hero movie 'Iron Man' was well served with a witty script and this movie could have done with more light hearted moments. Since the film makers seemed intent on satisfying fans, for those looking for a thrills and not much brooding this move will deliver. 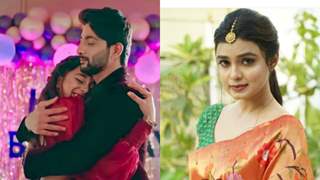 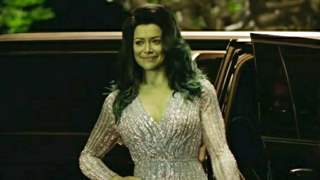 'She-Hulk' trailer out: Tatiana Maslany looks all kinds of amazing