Gala 2 in Jhalak Dikhhla Jaa this Friday will give you entertainment at its best, as always. Performance-wise, it looks like the viewers will get a mixed bag; the contestants who stole the hearts of all, with great performances in the last two weeks, seem to have gone down a few notches in this Gala, while the ones who did not start off well, have surely pulled their socks up this week, with better and more determined performances.

Featured Video
The Dance form this week is ‘Cha Cha Cha’ for the girls and ‘Disco Numbers’ for the guys. So what are we waiting for? Let us go on a jolly ride of Cha Cha and yes, ‘It’s the Time to Disco’ too….

The atmosphere is getting tense with every passing Gala; the fear of being eliminated is surely motivating all the contestants, as they sweat hard to give their best shot on the D-Day of the Gala. Give Sandhya Mridul any dance form to master, the fact remains that she pulls out her trump card and sizzles on the floor, delivering a top-notch performance every time. Sudha Chandran performed a perfect ‘Cha Cha’ on the Shammi number, ‘Tumse Accha Kaun Hai’, and touched every emotional chord with her fabulous performance.


The biggest show stealer of the week was of course our ‘Bahu’ of the small screen, Prachi Desai. Her dress code, her dance, her postures were so seductive, that Shiamak Davar came up with a loaded sentence in Hindi : ‘Kya katl karne ka iraada hai?’ There are no surprises when it comes to the performance of Ronit Roy. He looked like a Rock Star and danced like one too.. Talking of surprises, the performance that really stood out was Jay and Bindi’s. Jay Bhanushali’s exuberant performance earns him an encore!! The Chocolate Boy of Small Screen has surely found his grooves as a dancer, and it looks like there is no looking back from him now…

Stay tuned to catch all the fun and excitement on Jhalak Dikhhla Jaa – Dancing with the Stars - on Friday, October 12 at 9.00 pm only on Sony Entertainment Television. 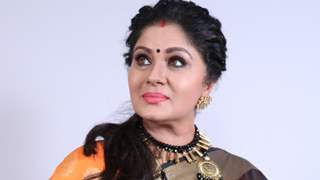 + 2
14 years ago I m sooooooooooo happy both Jay and Prachi did well this time...both r my fav.

+ 2
14 years ago i dont get it...first it says that the contestants who didnt do soo well the past few weeks have done better this week than the ones that were better last week..

so i was expecting names like sonali, mika, tapur (tho she was amazing last week)...cyrus etc etc...

but i see names like ronit, sandhya, sudha, prachi again...

nice to hear they did well tho...seems like 2moro's gonan be one interesting gala..