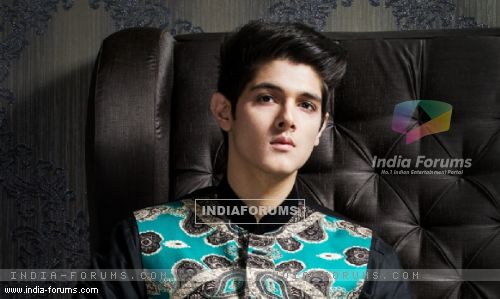 It seems TV is becoming a stepping stone for actors who are set to show their acting skills on the big screen. While many actors like Siddharth Shukla, Sushant Singh Rajput, Barun Sobti and few more have made their way into film, another young actor who joins the league is talented actor Rohan Mehra. Rohan was last seen in Balaji Telefilms' popular show Bade Acche Lagte Hai on Sony TV.

He was seen as Ram (Ram Kapoor) and Priya's (Saakshi Tanwar) daughter Pihu's (Sonia Balani) boyfriend in the show. After doing TV Rohan made his debut in the Bollywood with the film Sixteen and now he is all set to woo the audience with his second film titled as Yuva.

When contacted Rohan to know more his second film and he says, "The title sounds like U Va Aa. The story revolves around three boys and their transformation from rural to urban. I had to face quite difficulties while playing the typical village boy character but I had a great experience to portray the character. Through this movie we are trying to highlight a social message which will come across the viewers after they watch the movie."

He further added, "There are many popular actors in the film namely Om Puri, Jimmy Shergill, Sanjay Mishra, Archana Purana Singh, Sangram Singh and many more."

serendipity235 6 years ago Stay blessed with every happiness Barun.

serendipity235 6 years ago Barun Sobti..looking forward to a lifetime of good work from you.

nksidhu 6 years ago Barun Sobti is the best, loveee you so much, keep rocking you handsome man

All the very best for ur movies Barun.

mwep 6 years ago Commenting for Barun Sobti only
love u Barun ...keep rocking

Dr.Reena 6 years ago Undoubtedly U are one of the finest actor Siddharth Shukla , u doing great jod as SRS , u look great in any avatar