Behind the blockbusters, the glitz, the glamor, the incessant flashes of cameras and award winning performances, Bollywood hides a darker side. Drugs, alcohol and celebrity go hand in hand these days and addiction has fast become a part of celebrity life. B-Town stars have often been caught, be it at parties or airports, falling victims to their additions. While no lover of Bollywood desires to see their favorite succumb to substance abuse, unfortunately this is the reality. In this article, BollyCurry brings to you a list of celebs who have previously  faced and fought drug addiction.
Fardeen Khan 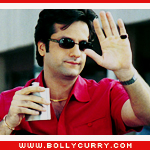 In 2001, the misery of addiction struck Fardeen Khan's family hard when he was caught and arrested in an attempt to buy cocaine. The incident took place right after his movie Pyaar Tune Kya Kiya made box office news, which added extra hype around his family. However, Khan was let off easily in this case. Since the quality he attempted  purchase was less than two grams, he was able to avoid punishment which typically carries a maximum ten year prison sentence. He was granted immunity from prosecution on the grounds that he undergoes detoxification. This may have been a turning point in Khan's life as the actor willingly requested for a rehab visit, saving him quite a few fans.
Sanjay Dutt 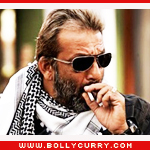 Known for being the "bad boy" of the Bollywood industry, Sanjay Dutt has gone through various trials and is a frequent visitor of jail. In addition to his legal troubles, he has been struggling with a major drug addiction for years. It has been speculated that Dutt, who experimented with drugs as a teenager, became addicted after the death of his beloved mother, Nargis. Sunil Dutt, the veteran actor and Sanjay's father, had no options left but to persuaded his son to seek help in battling his addiction. Thus, Dutt shifted to Texas for a while and underwent treatment.
Lucky Ali 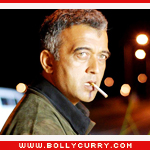 Lucky Ali, the man with a voice to sooth your soul, has been an ardent user of marijuana for over eight years. However, after a long battle, he overcame it all and went on to being widely recognized for his singing, helping him to stand proudly as a youth icon today. It is said that the movie Dushman Duniya Ka by his father and popular Bollywood comedian Mehmood is loosely depicted on his tryst with drug abuse.
Abhay Deol 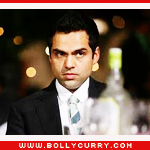 The younger self of Abhay Deol was anything but what he is today. While today he is the perfect picture of calm and composure, tucking his personal life away from the prying eyes of the media, he was quite the opposite in the earlier days of his life where he tagged himself as the rebellious one in his family. Whilst away from his family and living abroad, if he ever had an issue, he took it out on himself by turning to drugs. But he has long left his troublesome days behind and is focused in building a healthy future.
Gauri Khan 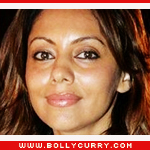 Gauri Khan, wife of the Bollywood superstar Shah Rukh Khan, was once caught with a bag of cocaine. Traveling via Berlin Airport, she was stopped at baggage check and was taken into custody immediately. However, call it luck or call it fate, Khan was let go for carrying a small amount and after declaring that the cocaine was for personal consumption only.
Ranbir Kapoor 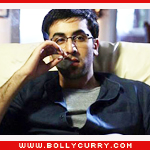 Ranbir Kapoor may have left his school days behind but his story of drug usage starts from there. He has revealed in interviews stating he dabbled with a fair share of weed during film school and then later became hooked. He has also confessed that during the shoot of Rockstar, he used marijuana as an acting tool to help him get in the mind frame of his character and endure the mass 'audience' crowd staring bored at him while retaking scenes. Nonetheless, his performance in the film earned him two Filmfare awards.
Vijay Raaz 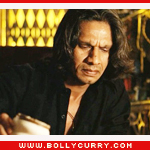 Vijay Raaz, the unorthodox actor, was arrested in Abu Dhabi in February 2005 for possession of drugs. When legal experts were called in, the quantity had been listed as being too little to harm. He therefore was left off without a severe punishment. The argument of whether the drug was for personal use or otherwise is still unbeknownst to all.
Manisha Koirala 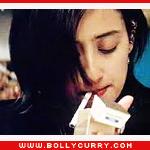 Reaching the heights of fame and then rapidly falling down the slippery slope of substance abuse is possibly the worst career graph an actor could map out for themselves. But that is how Manisha Koirala's story developed. Koirala is infamous for her drug abuse, drinking and smoking indulges. However, all of this came to a halt when she was diagnosed with ovarian cancer from which she has emerged victorious. The actress has now joined many anti-drugs campaign, one of which she partners alongside Sanjay Dutt.
There you have it, a small list of celebs who've struggled and overcome their battle with drug abuse. As controversial and taboo as the topic is, it does exist and we must educate the young, the blissful and the ignorant in what harm meddling with drugs can do not only to your body but the people who love and adore you as well.
Author: Saraa K.
Editor(s): Marsh P. and Jenifer Y.
Graphics: Fizii.
Do you have a suggestion or comment for BollyCurry? Drop us a PM at BC_Dropbox today!