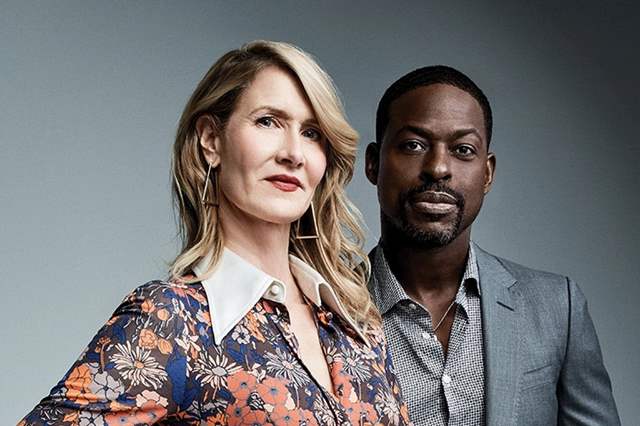 While discussing her performance in “Marriage Story” with Sterling K. Brown for Variety’s Actors on Actors series, Laura Dern addressed the contentious double-standard that exists between mothers and fathers; particularly those struggling with separation and divorce.

Responding to Brown’s assertion that “women are not allowed to be imperfect, especially as being seen as mothers,” Dern offered a nuanced and compassionate response that was clearly informed by her own experiences as a single mother of two children following her divorce from musician Ben Harper in 2013.

“There’s always a double standard, for all of us,” Dern explained. “I will just say, as a mother and single-parenting, and, you know, raising children – I think particularly if there’s been a divorce and you’re single-parenting – there’s not someone else always there going ‘Listen to your dad! Listen to your mom!’ You misunderstand what their point of view is.”

That type of misunderstanding, and the emotionally devastating consequences that result from it, form the dramatic core of Dern’s latest film.

“Because of the separation at hand that takes place in ‘Marriage Story,’ you know, the other person is being attacked and not heard in the battle towards custody,” Dern said. “I myself have felt it in pretty much every aspect of my life. And that’s not to say on a feminist level that men don’t too, because we’ve all been misunderstood.”

According to Dern, these traumatic double standards could be lessened if the roles between women and men were addressed in healthier ways. “If gender roles were really clear we wouldn’t be in a mess, because we’d all be vulnerably available to be all things.”

Vinit Kakar roped in for a double role in 'Radhakrishn: Krishn- Arjun ...

Juhi Parmar speaks about shuffling units & emotions while playing a ...

Father's Day Special: Celebs Talk about the influence of their Fathers ...

Even after seven decades of independence, are we really ...
-22 seconds ago