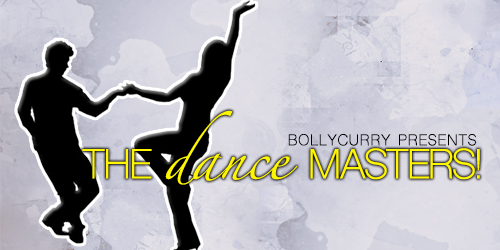 When a movie does well at the box office, tonnes of praise are heaped on the actors, who are essentially the face of the movie. However, one does realize that it is the crew of the movie, who are essentially the backbone of the film, who barely get any recognition. Be it the cinematographers, editors, or the choreographers, they are the ones most often devoid of any adulation for their fine work, except during award season, and that is if they win any award for their effort. This month, we at BollyCurry take this moment to honor all those who have worked tirelessly behind the scenes, to make a movie what it is. Read on, as we pay a tribute to some of the finest choreographers this country has produced.

Born as Nirmala Kishanchand Sadhu Singh Nagpal, Saroj Khan is one of the most prominent choreographers of the nation. 3 time winner of the prestigious National Award for Best Choreographer, Khan has choreographed some of the most popular actresses of all times, the likes of which include Sridevi Boney Kapoor, Madhuri Dixit Nene, and Kareena Kapoor Khan. Some of Khan's most memorable and iconic numbers include "Hawa Hawaai" (Mr India, 1987), "Dhak Dhak Karne Laga" (Beta, 1992), "Dola Re Dola" (Devdas, 2002), and "Yeh Ishq Haaye" (Jab We Met, 2007).
Farah Khan 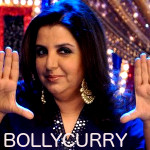 Sister to writer-director Sajid Khan, and married to Shirish Kunder, Farah Khan is one of the most famed film personalities in Bollywood. Despite having forayed into direction, acting, as well as production, Khan is most widely known for her fantastic choreography, which has been seen in movies like Dilwale Dulhania Le Jaayenge (1995), Kuch Kuch Hota Hai (1998), Kal Ho Naa Ho(2003), Dostana (2008), Yeh Jawaani Hai Deewani (2013) and Chennai Express (2013). Khan was recently in the headlines for directing the multi-starrer box office hit, Happy New Year (2014), for which she also choreographed all the songs.
Ganesh Acharya 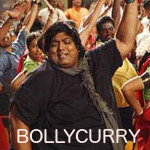 Born as Sivaji Ganesan in Tamilnadu, Ganesh Acharya was introduced to dancing at a very young age. He began choreographing for Bollywood movies at the young age of 21, and soon went on to choreograph some award winning numbers, including those for movies such as Lajja (2001), The Legend of Bhagat Singh (2002), Munnabhai MBBS (2003), Rang De Basanti (2006), Heroine (2012), Ram Leela (2013), and Bhaag Milkha Bhaag (2013). Incidentally, Acharya also happened to win his first National Award for Best Choreography for his work in the song "Zinda" from Bhaag Milkha Bhaag. Ganesh Acharya has also dabbled in direction and acting, and was last seen acting in Remo Dsouza's ABCD: Anybody Can Dance (2013).
Prabhu Deva 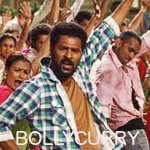 Known as the Indian Micheal Jackson, Prabhu Deva was no stranger to the world of films. Born to acclaimed yesteryear choreographer, Mugud Sundar, Deva soon forayed into the Tamil film industry, from where he got to migrate to Bollywood as well. He has choreographed some iconic numbers such as "Kay Sera Sera" (Pukaar, 2000), "Ishq Kameena" (Shakti, the Power, 2002), "Main Aisa Kyun Hoon" (Lakshya, 2004), and "Go Go Go, Govinda!" (OMG: Oh My God!, 2012). Deva has also recently ventured into direction, and has directed some of the most successful remakes in Bollywood, which include Wanted (2009), Rowdy Rathore (2013), and Action Jackson (2014).
Vaibhavi Merchant

Vaibhavi Merchant is one of the most famous choreographers in Bollywood. Coming from a film family herself (her uncle happens to be the famed choreographer Chinni Prakash), Merchant got her first break in Bollywood to choreograph for "Dholi Taaro Dhol" (Hum Dil De Chuke Sanam, 2000), for which she won her first National Award as well. There was no looking back for this talented beauty from then on, as she went on to choreograph some of the most iconic numbers of the millennium, including those in movies such as Meenaxi (2004), Veer Zaara (2004), Bunty aur Babli (2005), Jhoom Baraabar Jhoom (2007), Band Baaja Baaraat (2010), Zindagi Na Milegi Dobara (2011), and Dhoom 3 (2013).
The list of choreographers who have breathed life into some of the most iconic numbers of Bollywood are innumerable, and it is impossible for us to list all of them here. Regardless, we at BollyCurry, pay tribute to all the choreographers in Bollywood, including the ones we've listed out in this article. In the meanwhile, do comment below and let us know, who's your favorite Bollywood choreographer!
Author: Ritchelle C.
Editor(s): Aishwarya S. and Hershi J.
Graphics: Komal P.