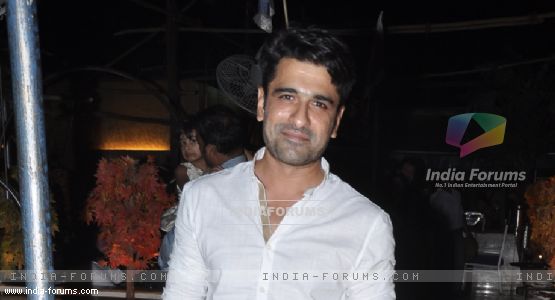 Tanu Weds Manu Returns has been the talk of the town with houseful theatre and one definitely can not forget the popular Jesse aka Ejaz Khan while thinking about the film.  Telly Buzz has this talented actor on the hot seat who has started his journey with television but has also been picking up interesting roles in films as well.
Are you happy with the response which Tanu Weds Manu Returs has generated?
All the credit of the success of Tanu Weds Manu goes to the director Anand L Rai. The portrayal and graph of each character on screen has turned out the way it has due to the efforts from our director.  Each and every person associated with the project has done their best.  I feel that when a film is made with the right intentions, the audience can see the results.
Each character of this film has been appreciated by the audience. Your view point?
All the actors have been achievers in their own segment.  Swara is brilliant and I have done most of my scenes with her. Deepak Dobriyal is like my idol, he is one of the finest actor. I don't want to speak about Jimmy Shergill, Kangana Ranaut, Madhavan as they are achievers in their own segments. Anand L Rai got together this family and he has been very democratic.  He has given equal space to each character.
How far do you believe in exploring new characters in your career?
This journey is about exploring and you need to keep enjoying it by making it interesting. I was playing such a dark character in Laut Aao Trisha that it started affecting me on a personal level.  In fact, I had to take help of a psychiatrist. It was a very troubled  character which I was living. I could say that this particular character of ACP Kabir affected me.
As you have worked in both genre, films as well as television, what interests you more?
Both the platforms have their own pros and cons, an actor gets some sort of freedom while doing a film because there is no time restraint. You can work on your character and understand it from the first page of the script to the last page. I enjoy doing films and I am looking forward to doing more strong characters in films. Television stars can easily connect to their audience.  It is a different sort of popularity. I think that I land up doing both genres because I can do so.
How far have the concepts on television has changed according to you if you compare it to before?
There used to be amazing content on television, I remember Buniyaad, Humlog, Byomkesh Bakshi. Gone are those days when importance was given to the scripts and stories, what happened gradually was that because of the ratings we started not having integrity towards the story. Stories are being manipulated by the public response of the week, due to this some shows became more popular than the good ones. I feel popularity of a show doesn't mean that it is a good show. There are some producers who are trying to bring strong concept based shows and I am trying to be a part of such content.
Phalguni Sharma

5 years ago Missing you onscreen Eijaz Khan. And rightly said..." scripts are being manipulated based on TRP's and popular shows needn't always be good shows"...

5 years ago "I feel popularity of a show doesn't mean that it is a good show."
#TRUTH