Bollywood has a wide variety of film genres, everything from masala and action-packed movies to historic and biographic movies. Whatever genre it might be Bollywood always has something new to showcase; new faces in the industry, top notch direction and most importantly a fresh storyline - wait who are we kidding, Bollywood and fresh? Nah, that doesn't go hand in hand. The hundreds of movies that are produced every year are inspired by the same cliche concepts which have been conceptualized time and again, with a set of new actors. Sit back and allow BollyCurry take you on a ride of the endless Bollywood cliches. 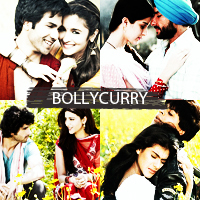 From Dilwale Dulhania Le Jayenge (1995) to Humpty Sharma Ki Dulhania (2014), there have been numerous movies on the same repetitive concept. Here's how the story goes. A girl and a guy don't really gel in the beginning, but their love-hate relationship somehow and somewhere blossoms into love. Just when things are about to be set right, the girl's parents reject the guy. This takes the story further to a group of goons whooping the guy black and blue and the innocent girl treating the wounds. When the guy has had just enough and decides to leave the girl to her fate, her family suddenly agrees and out of nowhere they realize how much the guy they hated till yesterday loves their daughter. Maardala! Spare me the pain already, someone? Bollywood needs to move out of this circle! 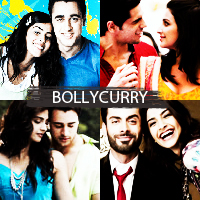 A melodrama to the core involving two people who meet, get attracted to each other and eventually fall in love but one of them is not ready to accept that they're in love with the other for the millions of lame reasons a Bollywood mind can think of. However, with the help of a 3-step plan inclusive of a long separation, endless tears and a third person igniting a jealous spark, voila! your movie is a success! After intermission the realization of love strikes, both lovers run towards each other in a slow motion to finally embrace the love they were running away from. Kahani khatam, paisa hazam. There you have it, an evergreen love saga of the decade, which will be cherished for years to come. Did I just say "love saga"? If you really think those are love sagas, you'd like to watch Jaane Tu Ya Jaane Na (2008), I Hate Love Storys (2010), Hasee Toh Phasee (2013), or even the latest flick Khoobsurat (2014) while I look for a comfortable spot to hit my head on. 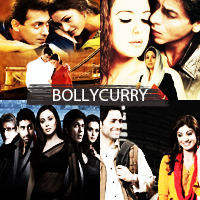 Next in line we have one of the most celebrated plots of silver screen, the never-let-go concept. This typical storyline revolves around a situation where the lead couple who were once deeply in love meet with each other after years and the forgotten love suddenly wakes up after seeing the hot dude or the beautiful girl. If they really loved each other, which did they just not get married and end the story? Nah, the director needs drama and drama comes from separation! Lambi judaai and all that stuff. Just the right amount of sad music alongside a star cast is required and you can make a movie out of a real ghisi pitti boring storyline. This is probably how Bollywood works, I guess? Because movies like Hum Dil De Chuke Sanam (1999), Veer Zaara (2004), Kabhi Alvida Na Kehna (2006), and Life In A Metro (2007) among others garnered a lot of success although they had the cliche concept. And guess what? Indian Television also follows the same trend! From Kasauti Zindagi Kii (2001) to Iss Pyaar Ko Kya Naam Doon? (2011). 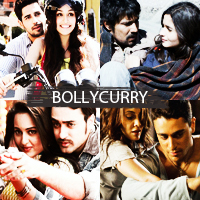 One of the evergreen genres of a typical film is an action-oriented one starring muscular actors who show off their six pack and muscular biceps to attract female attention. The plot in such movies revolves around a sweet soft-spoken girl who falls in love with the playboy or a badboy, who is either trying to harass her throughout the movie or in some special cases save her from the other goons. In both the cases, the girl will and must (pun intended) fall for him for being coconut hearted, i.e. hard on the outside yet soft from inside. This formula has been implemented several times in the film fraternity in the past and even in recent times. Do I even need to highlight such movies? You know them yourselves! Whether I say Maine Dil Tujhko Diya (2002), Wanted (2009), or even Ek Villain (2014), they're all hailing from the same direction!

It's now time for me to bid adieu to you because frankly speaking, I cannot tolerate these cliche concepts anymore. My list of movies under this category will be a never ending one, but my patience level won't let me get there. Several movies of such nature release in Bollywood each Friday. I only suggest my respected directors to try something more fresh and meaty. With time everyone grows up, and maybe it's about time for Bollywood to do so too.
Author: Shikha A.
Editors: Fatima W. and Sonia R.
Graphics: Shikha A.
Have a suggestion or comment for BollyCurry? Then drop us a PM at BC_Dropbox today!
12 Likes