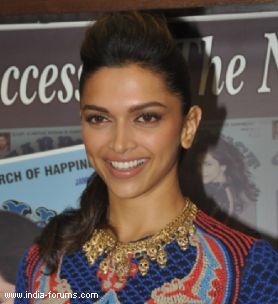 After playing the action hero in "Ishaqzaade" and "Gunday", Arjun Kapoor essays a loverboy in his latest release "2 States", and he can only be thankful that it has given him a chance to explore a different look and genre.

He hopes the audience slowly becomes more confident about his work.

"I am thankful that people have broken that stereotype about me in their head. I wasn't targetting becoming an action hero or a loverboy...the idea is that people should watch my work and with every passing film, they should feel more confident about me," the 28-year-old said here Friday at the Galaxy theatre.

Arjun loves that his "2 States" character Krish is non-heroic.

"The feedback till now tells that they have liked the subtlety of my character which at a selfish level, I aspire for. You see the front-footed texture of Parma (in 'Ishaqzaade') and attitude of Bala ('Gunday'), but you see the simplicity of Krish," he said.

"He is not a hero, which is what I like about him. He gets stuck between his mother and his girlfriend and I like the idea of him being non-heroic," he added.

Arjun will continue to do different things in his future films.

"The idea is to move forward with every film and that the director sees something new in you. It has happened in every film, but in '2 States' it is very visible because of the subtlety of the character," Arjun said.

He believes directors can look beyond a person to find things that the actor himself doesn't know exist.

"My next 'Finding Fanny Fernandes' is also different and I believe that directors can find things in you that you don't even know exist. I didn't know I can play a small-town rowdy, but I did in 'Ishaqzaade'. It's upto the director eventually, what he sees in me," he said.

"2 States" is based on author Chetan Bhagat's similarly titled novel and hit the theatres Friday. Directed by Abhishek Verman, it stars Alia Bhatt opposite Arjun.