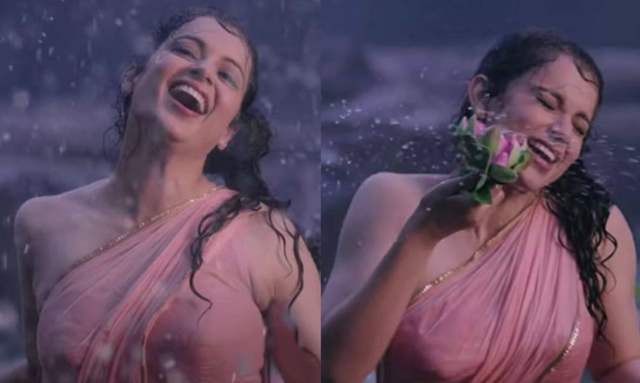 After much anticipation, the first song from Thalaivi 'Chali Chali', capturing the initial phase of Jayalalithaa's cinematic career is launched by the celebrated South Indian star Samantha Akkineni.

Launching the song in Hindi, Tamil as well as Telugu, Samantha Akkineni took to her social media sharing, "Amma's unmatched grace and her stunning screen presence is known to all. Witness her fanfare from Cinema to CM. #ChaliChali #MazhaiMazhai #IlaaIlaa out! I am absolutely in love with everything this team is releasing ??God bless".

Taking cues from Jayalalithaa's first film Vennira Adai (1965), Chali Chali replicates the iconic looks of the actress to perfection with Kangana Ranaut embodying the persona of the legendary yesteryear superstar.

Thalaivi is touted as one of the most anticipated films of the year generating immense excitement to witness the journey of Jayalalithaa's life through the various stages. From her struggles in the film world to the rise of her stardom as well as her battle through the political hurdles and ultimately emerging as the fierce leader who changed the shape of Tamil Nadu politics.

Thalaivi, presented by Vibri Motion pictures, Karma Media Entertainment and Zee Studios in association with Gothic Entertainment and Sprint films has been produced by Vishnu Vardhan Induri and Shailesh R Singh and Co produced by Hitesh Thakkar and Thirumal Reddy, with music on T-Series. Thalaivi is set to release worldwide in Hindi, Tamil and Telugu by Zee Studios on 23rd April, 2021.