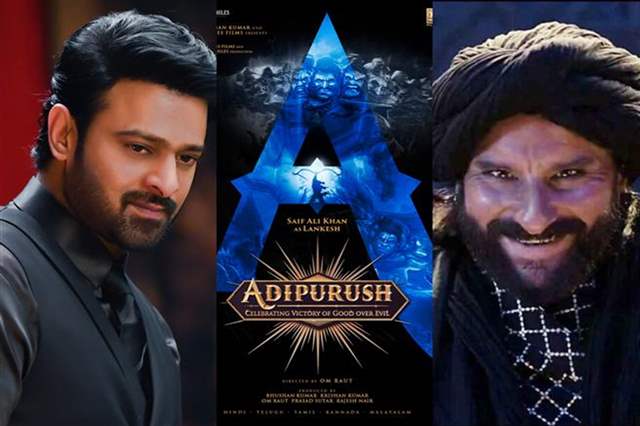 Seldom do we have a film that has managed to create an immense amount of noise and controversy like Adipurush has. The film starring Prabhas and Saif Ali Khan has created a lot of rage even where Ali Khan's coments have been received very negatively by people and caused him as well as director Om Raut to make a comment on it. Nevertheless, things are getting down to business soon and the spectacle of Ramayana is being brought to the screen where Prabhas will play Lord Ram and Ali Khan will play Ravana. Kriti Sanon has been roped in to play Sita but there are reports about how Raut is still keen on getting actor Keerthy Suresh on board and trying to sort out dates of the actor.

When it comes to the film in itself, a recent report suggests that the team of Adipurush is all set to begin a test shoot for the film from tomorrow in Mumbai.

A source close to Pinkvilla said, “It’s a high on VFX film and the team is using new techniques of motion picture to create a never seen before experience for the audience. The technical team along with director Om, will be shooting in the city in a closed environment with chroma set up to get used the technology and then get started with the actual shoot schedule of the film with Prabhas, Saif and other members joining in." It is also said that the actual shoot of the film might begin by Feb end/early March where Prabhas will have completed his assignment, Salaar directed by KGF director Prashanth Neel. While Ali Khan would have also wrapped up shoot for his upcoming horror comedy, Bhoot Police.

The film, produced by Bhushan Kumar, is gearing up for an Independence Day 2022 release.