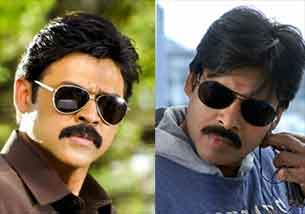 The yet-untitled Telugu remake of Hindi superhit "OMG! Oh My God", which features Daggubati Venkatesh and Pawan Kalyan in the lead roles, will go on floors here May 19.

"The regular shooting will start from May 19. By then, Pawan Kalyan will be relieved of his political duties and can concentrate on shooting. If all goes well, we plan to release the film in September," the film's co-producer Sharat Marar told IANS.

While Venkatesh will be stepping into shoes of Paresh Rawal, his counterpart Pawan Kalyan will be seen as Lord Krishna in the film.

"Tadakha" fame Kishore Pardasani will helm the remake, which will be jointly produced by Suresh Productions.

While the rest of the film's cast is yet to be finalized, there have been rumours that Mithun Chakraborty has been roped in play his own role of the godman from the original.