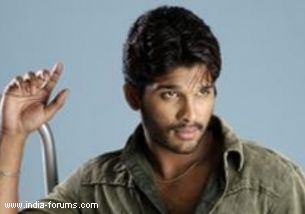 Actor Allu Arjun points to a unique phenomenon in the Telugu film industry and says that here directors strive to portray heroes exactly the way their fans want to see them on the screen. He is confident his fans will like watching him in his forthcoming action movie "Race Gurram".

"It is only in the Telugu industry, I have seen directors working extremely hard to portray star heroes the way their fans want to see them on the screen," Arjun told IANS.

"It's their hard work that has helped actors like me to survive in the industry and continue to be loved by fans," added the actor.

Talking about "Race Gurram", he said that the film's director Surendar Reddy too follows the same trend.

"Surendar is also one of the directors who knows how to portray stars on the screen. I'm sure that my fans will love the way he has portrayed me in the film. My heartfelt gratitude to him for projecting me the way my fans would love to watch me," he added.

Sonakshi’s 'Sona Says' session is all about Qualities in Life Partner, ...