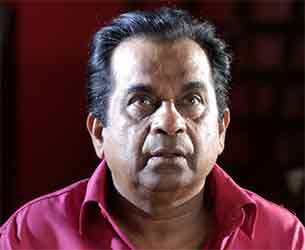 Fourteen years after he played a cameo in Amitabh Bachchan-starrer "Suryavansham", ace Telugu actor-comedian Brahmanandam will be seen in upcoming Hindi comedy "Welcome Back", a sequel to the 2007 hit "Welcome".

"I signed the film after the director (Anees Bazmee) had approached me with an interesting role. I play a thief in this film and it's a fun role that I couldn't let go of. Anees told me he had watched several of my Telugu dubbed films in Hindi and he particularly loved my expressions in them," Brahmanadam told IANS.

"I'll be shooting in Mumbai and Dubai soon. My portion will be mostly alongside Nana Patekar and Anil Kapoor," he added.

One of the busiest actors in Telugu industry, Brahmanadam said that he was initially not interested to take up the film.

"I'm extremely busy in Telugu, and therefore, never was really keen to enter Bollywood. I wasn't interested this time as well, but Anees convinced me to be part of the project and since I really liked my character, I couldn't turn it down," said Brahmanadam.

Brahmi, as he is fondly called by his fans, has over two decades of experience as an actor. Some of his best films include "Aha Na Pellanta", "King", "Dookudu" and "Dhee".