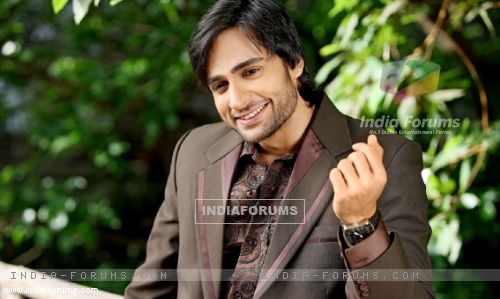 Shaleen Bhanot is one such actor from television fraternity who has shown his versatility through the characters that he has portrayed in the past. Shaleen was last seen in Star Plus' Sajda Tere Pyaar Mein and will now be seen on Sony TV's sports reality show Box Cricket League.

Well, it is to no one's surprise that this handsome actor has decided to make a debut in Bollywood. Well, in this very candid conversation with Shaleen, he speaks to TellyBuzz about his movie, his experience and his love for television. Read on!
There have been a lot of buzz in the media regarding you making a Bollywood debut. "Yes, I am doing two films currently. The first film's name is Love Ke Fundey which is been directed by Indervesh Yogee and the second film that I am doing is named as Chal Jutthe. Chal Jutthe is directed by Vishwanath Sharma. I am extremely excited about both my films. There are three-four women in my first movie and I am romancing with all of them. It is not exactly Bachna Aae Haseeno but on that lines only.

This film depicts all the possible manner/type of 'Love Ke Fundey'. Coming to Chal Jutthe, I have got an opportunity to work with the seasoned actor Ranjeet who is a very well know villain. He will be seen essaying the role of my father in the film. The film is basically about this man who never wants to lie to anyone but due to some situations and circumstances he is forced to lie. It is a romantic comedy and the movie has a meaning to it. It is actually a satire through which we want to share this message to our audience that small lies can also land you up in huge troubles. You are not a liar by nature but it has become your habit."
When asked about the difference between working for television and films, the actor avers, "For me both the platforms are the same. I love television and the recognition of me being an actor is something that I have got from the roles that I have done on television. Even if one day I become a huge star, I will yet agree to do a show on television. Talking about the difference, it is just that I get to do romantic songs with my heroine (laughs), otherwise it is all the same for me."
Anytime sooner, will Shaleen come back on television? "I would love to do television. Once I get free from both the movies and if I get some wonderful shows, I will definitely take up. I want to do something that needs me and if I get something like that, I would love to do it. Television always rocks because it has given me my identity. I firmly believe that television is a much bigger platform, a much wider platform. We have Bollywood biggies coming on television because even they think television is a bigger medium. I am absolutely open to both films and television," he ends.
Well Shaleen, TellyBuzz wishes you all the good luck for your future ventures.
Upasana Patel
2 Likes

not.here 6 years ago What happened to Sajde Tere Pyaar Mein? It had an awesome title track and the story was different. I don't mind where it ended as that was different than what you see nowadays and it was finite but I guess they did not want to make a second season.

Shar45 6 years ago love u shaleen...hope u and daljeet come baack soon

laksh65 6 years ago after reading shaleen's interview, he is the second star of television who respects and is grateful to this medium for a stardom, the first one is gurmeet who believes in steady progress in life not jumping to some bollywood story by leaving the audience in lurch and abandoning the show with an ungrateful attitude that gave unbelievable popularity that is why stars like gurmeet are successful and so will be Shaleen.

VarshaLuvsArjun 6 years ago love u shaleen bhanot..wish u all the best

PrinceASRsDhani 6 years ago I so agree with you, Shaleen. In case of movie, one movie will decide your fate, most of the time...but serials are hard to do but they really go house to house! Good luck to you, hope to see you and Daljeet soon back on TV!

Es.Es 9 years ago ok this comment is strictly for the cover ( sorry im a designer i couldnt hold it in)

ok so the colors are so not right .. the font choice is poor and the storke just made it worse

and the bigger question WHAT IS UP WITH HER EYES .. and she isnt photoshoped right!! or at alll!!

uaassshi 9 years ago Twinkle Khanna really is looking stunning,she is really preety but the more glow on her face is bcoz of the love of Akshay Kumar and son Aarav...

Mrs.K.B.Sobti 9 years ago super gorgeous! she looks stunning in every pic I've seen of her.
but i only have one question: what's up with her eyes?