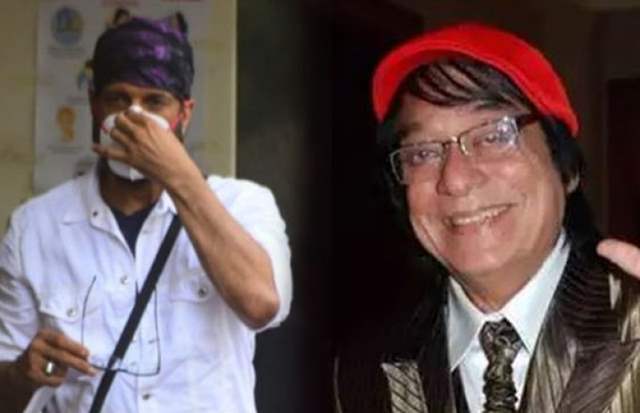 Veteran Bollywood actor Jagdeep passed away last week at the age of 81. Jagdeep was one of the finest talents in the comedy genre and was best known for his role as Soorma Bhopali in 'Sholay'.

Right from Amitabh Bachchan to Dharmendra, Bollywood mourned the loss of Jagdeep. He was laid to rest in presence of his sons Jaaved Jaffferi and his brother Naved along with son Meezan and other close family members.

On Monday, Javed penned an emotional note for his late father. He began by thanking everyone for the good wishes. He wrote:

“My heartfelt thanks to all those who shared the pain of my fathers departure with so much love, appreciation, and regret. Itna pyaar..itni izzat..itni duaaein..?????? Yahi toh hai 70 saalon ki asli kamai."

Jaaved shared his father Jagdeep's journey and how he braved through poverty to make his way into the movies. He shared:

“From 10 to 81,all he breathed and lived was film. After losing his father at 7 and losing everything else that existed of a good life after the partition, it was a head to head combat with poverty and survival on the footpath’s of Mumbai. An 8 yr old with his mother thrown head first into the ocean. It was either sink or swim. So he swam. From working in small scale tin factories, to making kites, selling soap, to walking behind a Maalishwala holding his canister of oil and shouting ‘Maalish, tel maalish’. At 10 yrs of age what destiny choose for him, as the light at the end of the tunnel, was cinema."

“The word ‘legend’ is thrown around freely these days but in his case it is so amply justified. A father who taught me the values of life, the lessons of poverty, the importance of dedication and the finesse of craft, with innumerable stories of positivity and inspiration. Always smiling, with words of encouragement for all, and reminding me that true success is gauged by what one ‘is’ and not what one ‘has’, and by ‘what’ one knows and not ‘who’ one knows."

He concluded his heartfelt note by writing:

“What a man,what a journey...To the man I called ‘papa’ and who the world knew by his various avatars, SALAAM !!! Aapka naam Sooorma Bhopali ayysaee naee tha."

"I feel Proud when I say that ours is the Platform of the ...
14 minutes ago

The Dispute Between Gabrielle Union & 'America's Got Talent' ...
15 minutes ago