View Profile
2011 just kicked off and we seem to be constantly informed of Bollywood beauty pageants and their potential wedding plans. Former Miss Universe, Lara Dutta is all set to get 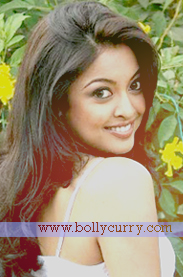 married on February 19th, 2011 with tennis player Mahesh Bhupathi. We also hear Celina Jaitley, who was titled as Miss India Universe, has recently got engaged to Dubai-based Austrian businessman, Peter Haag.
But fear not, not all beauty queens are following in the same step! One such lady is Miss India Universe '04, Tanushree Dutta, who admits that she is single and has no plans for marriage on her cards as of yet.
Tanushree was crowned as Miss India in 2004 and then like many others before her, she entered the Bollywood industry to become an actress. In 2005, she debuted in movies Aashiq Banaya Aapne and Chocolate and since then there has been no looking back for this petite lass. Of all our efforts in digging up controversial claims on the actress, our hard work has gone in vain. With her firm belief that things will happen when the time is right, we can safely vouch that Tanushree is one girl who has successfully stayed away from links up and the proposals that have come her way. In fact, Tanushree herself has claimed she has always been single, even during her high school years where all her friends had boyfriends while she herself never felt the need of one.
Well isn't this good news for all the Dutta admirers out there!
Editor(s): Hershi & Jenifer.
Graphics: Pooji.
6 Likes