View Profile
Tanuja Chandra’s last flick Hope And Little Sugar may not have worked well at the box office but the film as well as Tanuja managed enough critical petrol to drive away more miles in her career path. But the director, especially famed for choosing names and off beat subjects for her movies, has gone little astray for the new movie she will soon start with. Well, that’s 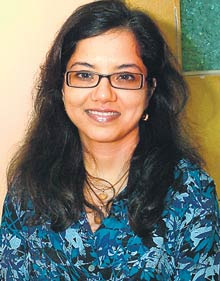 Featured Video
alright as far as making movies or experiencing with different subjects is concerned but the serious director has directly declined towards romance! That’s little tough to digest.

But the romantic matter behind the scene is the idea behind the film has come from Tajuja’s mother. Looking absurd? But you have to guess that it the daughter is such brilliant in films, her mother also has to have the sense nah! “I will be directing my mother, Kaamna Chandra's script. It is a complete romantic film — something I have never done before,” Tanuja confirms the matter.

So, mother has provided Tanuja with the idea. But still Tanuja is not comfortable with the project. Why? “I am yet to finalise the title for the film. Selecting a title is always a challenge for me because I am always looking for something unique,” opines Tanuja. That’s true. Every time audience has witnessed enough uniqueness in the titles of Tanuja’s films. At the same time the subjects also have something off the track to offer to the audience. But this time Tanuja seems doubly in gloom as she has to find unique name for a very common story. But she has to do it as it’s by her mother. That’s called a maternal problem.