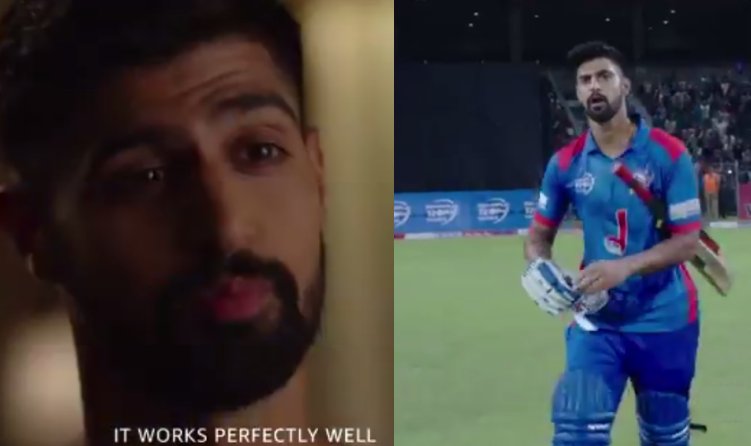 The new character promo of Inside Edge was released recently featuring Tanuj Virwani. The promo showcases Tanuj Virwani as a hotshot batsman and star cricketer.
It further gives an insight into Tanuj Virwani aka Vayu Raghavan's life, his attitude towards the game, his fan following etc. Tanuj definitely has easily imbibed the nuances of star cricketer and has done justice to his character which can be seen in the promo.
His body language and effortless dialogue delivery is something which makes his character enticing and intriguing. Inside Edge is a web series launched by Excel Media & Entertainment in association with Amazon Prime Video.
Inside Edge is helmed by Karan Anshuman and has Vivek Oberoi, Richa Chadda, Sanjay Suri, Angad Bedi, Tanuj Virwani, Siddhanth Chaturvedi, Sarah Jane Dias, Sayani Gupta and Amit Sial playing pivotal roles.
Excel Media & Entertainment, a division of Excel Entertainment, one of the leading production houses of Bollywood that is widely known for their much-acclaimed films like Dil Chahta Hai, Lakshya, Rock On, Dil Dhadakne Do and Zindagi Na Milegi Dobara, will be collaborating with Amazon Prime Video to develop original content for the OTT service!  This association marks the first of its kind wherein one of India's leading production houses will join hands with world's leading OTT content providers.
0 Likes