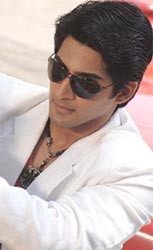 NDTV Imagine seems to be going into an overdrive with a slew of new projects. On the back of Farhan Akhtar's new show, Oye It's Friday that will premier on 12th December comes the news that the channel will soon launch a new fiction show based on a fashion house.  Tangerine Digital Entertainment Pvt. Ltd. which also co-produces the Muslim social Chand Ke Paar Chalo for the same channel is the production house.

The lead girl has been finalized and the search is on for the guy. Although the concept does reminds us of Jassi... Jaisi Koi Nahin, the source categorically says,"The female protagonist will not wear braces or look ugly. Rather It will be a love story with a corporate track as well".

The khabroo also goes on to reveal that "Vivan Bhatena has been shortlisted for two different roles in this yet untitled show. One is a normal role while other is offbeat". However when we spoke to Vivan, he refused to comment. "The show should go on floor next month", adds our khabru.

When we contacted Shailja Kejriwal, Executive Vice President, Content,  NDTV Imagine for her confirmation, she just smiled and said, "May be". On being probed further on the cast she said,  "Nothing has been finalized, not even Vivan".

Well, it looks as though the coming month will bring good variety as far as fresh content in Imagine goes!!