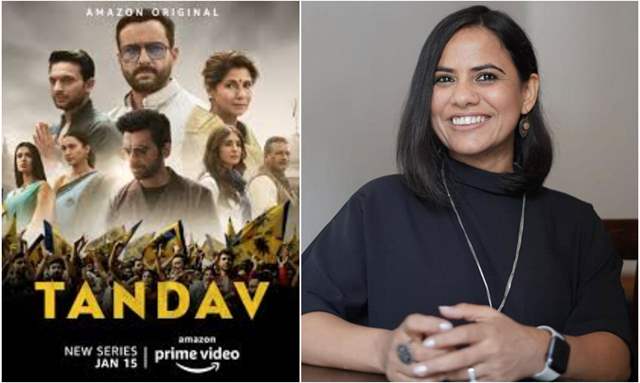 A lot has transpired since Saif Ali Khan starrer Tandav was released and the web-show continues to be under scrutiny. While the nation has already seen protests against the show condemning the content featured in the OTT show, Amazon Prime’s head Aparna Purohit has finally visited the Hazratganj police station in Lucknow, to record the statement.

Tandav has grabbed a lot of undivided attention Despite the removal of controversial sequences from the series, several political leaders have demanded strict action against the makers.

Earlier, the Bharatiya Janata Party (BJP) supporters held protests against web series in Mumbai some distance away from the office of Amazon Prime Video and demanded strict action against the show, reported Times Now.

Maharashtra Home Minister Anil Deshmukh had also assured that action will be taken. “We will take legal action on this issue,” said Deshmukh.

Alli101 6 days ago Kudos to government. I totally support the government.

+ 5
11 days ago Amazon is a global platform. Indias days of censorship need to end.