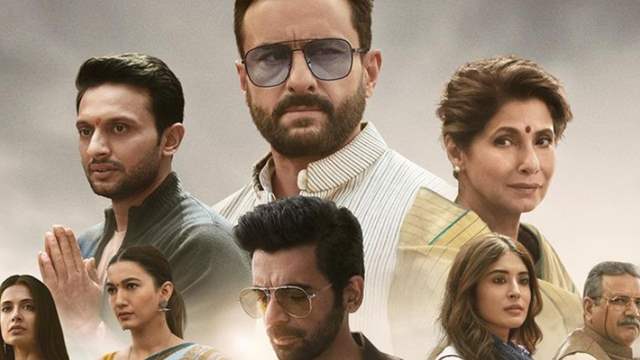 The brand new political drama series ‘Tandav’ has made a lot of noise recently. The show has been mired in a controversy after BJP MP Manoj Kotak wrote a letter to Broadcasting Minister Prakash Javadekar seeking a ban on the show for ridiculing Hindu deities.

The creator of the show, Ali Abbas Zafar, had issued an unconditional apology on behalf of the cast and crew on Monday. And now he has posted an update on his social media stating that he is touch with the Ministry of Information & Broadcasting and a solution is expected soon.

"We just want to share a quick update with everybody. We are in further engagement with the Ministry of Information & Broadcasting to resolve the concerns that have been raised. We value your continued patience and support, and should have a solution shortly," he wrote.

Earlier, Ali expressed his concern on the ongoing controversy and issued an apology as he wrote, ''We have been closely monitoring viewer reactions to the web series ‘Tandav’ and today during a discussion, the Ministry of Information and Broadcasting have informed us regarding a large number of grievances and petitions received on various facets of the web series with serious concerns and apprehensions regarding its content hurting the sentiments of the people.''

Ali went on to add that the show is a work of fiction and any resemblance to acts and persons and events is purely coincidental.

+ 2
1 months ago Wow I haven't watched the show. I'm not a fan of creative censorship, especially work of fiction. But it seem this has irked people which I can understand and glad the director apologize.