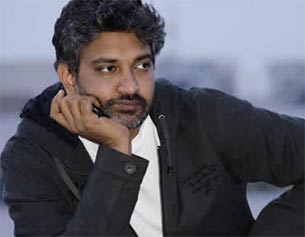 Ace filmmaker S.S Rajamouli has teamed up with actress Tamannaah Bhatia for the first time in upcoming Telugu-Tamil bilingual "Baahubali". He is so impressed with the latter's potential that he feels she's a value addition to the project.

"Working for first time with Tamannaah. Very impressed with her grasping and performance. She is a value addition to #Baahubali (sic)," Rajamouli posted on his Twitter page Saturday.

Tamannaah, who is playing princess Avantika, recently joined the sets of the film, which also features an ensemble cast of Prabhas Varma, Rana Daggubati and Anushka Shetty in lead roles.

On collaborating with the filmmaker, Tamannaah said the experience was "nothing short of dream".

"Nothing short of a dream working with the brilliant @ssrajamouli , feel extremely lucky to be a part of #Baahubali, eagerly await the next schedule (sic)," she posted on her Twitter page Saturday.

"Baahubali" is expected to hit the marquee April 2015.