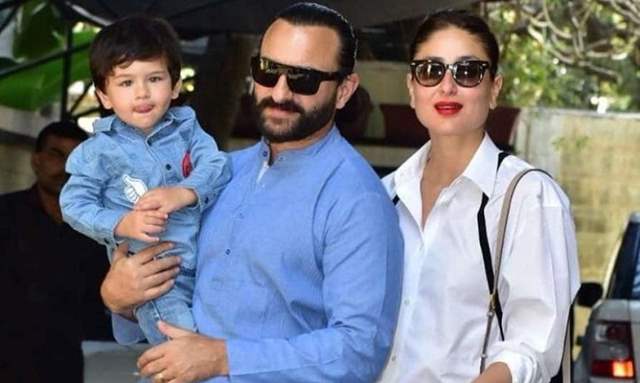 Taimur Ali Khan has become one of the most favourite star kid of his generation. The little champ has even surpassed his superstar parents fan following on social media. Wherever he goes, paparazzi follow him and he too loves to get clicked by his favorite papz uncles.

His massive fans all across the globe are very curious to know his whereabouts and hence, whenever Kareena Kapoor Khan and Saif Ali Khan attend any media interactions, there is at least one question about Tim Tim.

While the proud parents have always expressed their concerns about papz following him 24/7, they have also revealed that they want their son to have a normal childhood and hence they leave him to explore the outside world like any normal kid.

In a recent interview, Bebo revealed that she is a super paranoid mother and makes sure Taimur doesn’t eat outside food when he goes for birthday parties. Kareena said, “I am hyper-paranoid. He goes to birthday parties and he's not allowed to eat outside. But I know that's also wrong, he can,” and Saif quickly interrupted as he said, “he eats chip though.”

Since the Chote Nawab of Pataudi has a strict eating rule, his mommy makes sure to give him a well planned, diverse and balanced diet that consists of khichdi, idli dosa and everything healthy but at home.

Kareena added, "Khichdi, idli dosa, like healthy kind of home cooked food. I sit on his plan also. Every month I alternate it accordingly. Whatever fruits are available, what vegetables he should be eating in the month so ya...he quite enjoys it. Today he actually had Saag for lunch and he normally didn't like it but  I have been shoving it down his throat so now he's got used to it so he actually ate the food.”

On the work front, Kareena will next be seen in Raj Mehta’s Good News opposite Akshay Kumar, Diljit Dosanjh, and Kiara Advani.

Amitabh Bachchan Blasts Troll Who Asked Why He Doesn’t ...
9 minutes ago

Janhvi Kapoor calls the journey of discovering 'Gunjan ...
28 minutes ago

Kasautii Zindagii Kay to witness a new entry in the show ...
54 minutes ago